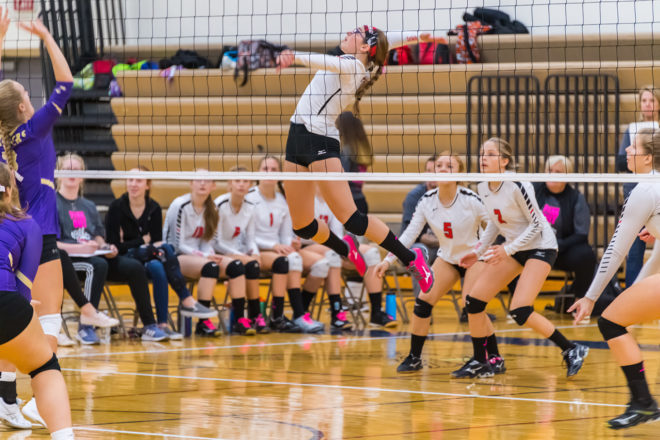 In a departure from the norm, the boys soccer coaches in the Packerland Conference named a defender as their Player of the Year. Sturgeon Bay senior Adison Benzinger – who has scored one goal this season – won the top award, which was announced Saturday.

Benzinger led a defense that allowed only seven goals and recorded five shutouts in 11 Packerland matches. Sturgeon Bay Coach Todd Maas said Benzinger’s leadership is what also set him apart from other top players in the conference.

“He’s the one who sets the tone and is the voice of the team,” Maas said. “He’s everything you could ask for in a team captain. It is remarkable that a defender received this award because there are no stats to record for all the hard work and responsibilities that come from playing defense. Only clean sheets and pride keep you motivated to do what they need to do.”

Four other teammates joined Benzinger on the first team, led by midfielder Carson Dvorak, who was a unanimous choice. Midfielder Trey Maas and forwards Eli Dietzel and Owen Stevenson were also first-team choices.