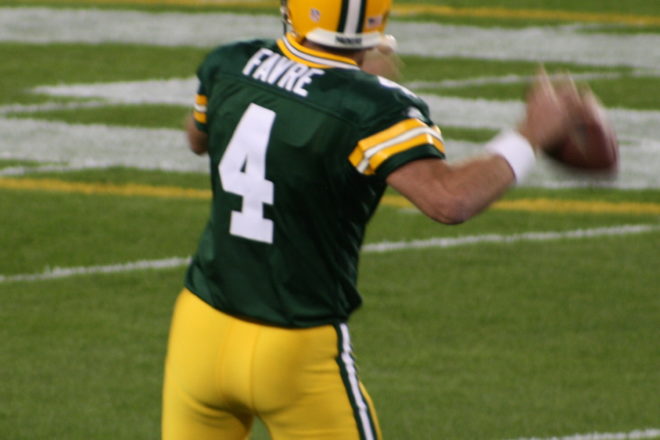 The Green Bay Packers (4-2) will travel to Atlanta to take on the Falcons (4-3) in a Sunday afternoon NFC matchup. The Packers are hoping to extend their winning streak over the Falcons to five straight victories. Green Bay is coming off of an extended week following their victory against the Chicago Bears on Thursday Night Football. The Falcons will look to rebound after a 33-30 overtime loss to the San Diego Chargers on Sunday.

Green Bay and Atlanta have faced off in 30 contests since their inaugural meeting in Ocober 1966. Green Bay leads the overall series, 17-13.

Many fans remember the week 16 matchup between these two teams near the conclusion of the 1994 regular season. On Dec. 18, 1994, Green Bay bid farewell to Milwaukee County Stadium after 61 seasons of hosting a portion of the Packers’ home games. In a fitting sendoff, quarterback Brett Favre led the Packers to a come-from-behind 21-17 victory against the visiting Atlanta Falcons. The win for Green Bay was especially important in keeping their playoff hopes alive, while eliminating the Falcons own hopes of heading to the postseason.

Trailing 17-14, Green Bay took over at their own 33-yard line with less than two-minutes to play. Favre led his offense down the field to the Atlanta 9-yard line with 15 seconds remaining.

“There are two things that can’t happen. I’m gonna call two pass plays. There’s 15 seconds to go. You cannot take a sack and you cannot run. You got it?” Holmgren explained.

Favre responded, “I got it!”

Holmgren continued to tell the story, “(Brett) drops back to pass, scrambles around…and starts to run. And as has been written many times, I’m yelling ‘No, no, no…yes, yes!’” to the audiences’ laughter.

Favre managed to scramble free, escaped the hands of a defender on his way to the right side of the field, and dove head-first into the endzone just under a Falcons’ defender. Favre’s touchdown and ensuing extra-point gave Green Bay a 21-17 victory.

Holmgren continued to reflect on his conversation with Favre on the sideline after the touchdown.

“Did you listen to me, I told you, you couldn’t run”

Brett responded, “Mike, I knew I could make it.”

“He made it by that much,” gesturing less than a foot’s length with his hands.

“What I learned that game was his total belief in himself and his ability to reach his ultimate goal. On that play, those two things stood out for me,” Holmgren concluded.