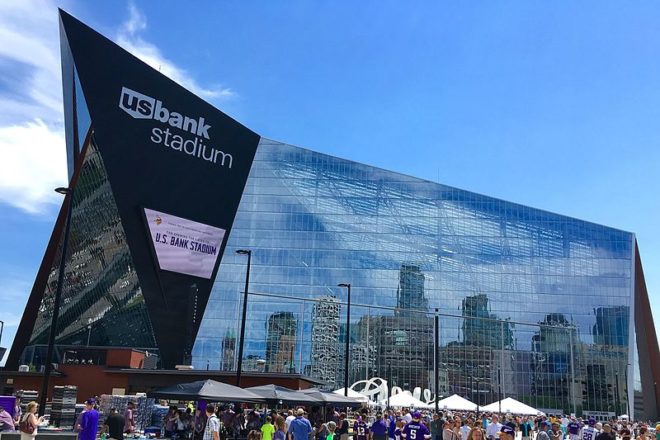 On Sunday, the Green Bay Packers will face the Minnesota Vikings for the 109th regular season matchup and 111th overall including postseason games. Green Bay currently leads the series between the two teams, 59-50-2.

It has been 55 years since the expansion Vikings lost to the Packers, 33-7, in the first matchup between the two teams on October 22, 1961. That particular game was played in Bloomington, Minn. in the old Metropolitan Stadium, where both the Minnesota Twins baseball team and Vikings shared the field until 1981.

Since then, the Vikings had moved to the Hubert H. Humphrey Metrodome, in Minneapolis, where they played their home games from 1982 to 2013. The Metrodome has since been demolished following structural concerns in its later years.

During the construction of the team’s current home field, U.S. Bank Stadium, the Vikings played their home games at TCF Bank Stadium, sharing the field with the Minnesota Golden Gophers collegiate football team for two seasons from 2014-16.

Sunday night will serve as the start of a new chapter in Vikings history. In a primetime matchup on NBC’s Sunday Night Football, the Vikings will host the Packers at U.S. Bank Stadium in its inaugural regular season game in their new home.

In games hosted by the Vikings at Metropolitan Stadium from 1961-81, Green Bay led 11-9. While playing in the Metrodome from 1981-2013, the Vikings led the series, 16-15. In the two games played at TCF Bank Stadium, Green Bay won both contests. Green Bay is 28-26 overall in away games against Minnesota.

A new stadium will serve as the Vikings home in this long-heated rivalry and both teams are eager to earn the first win.