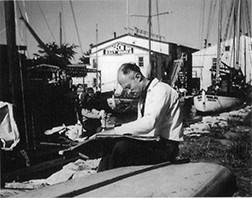 We officially marked the Miller Art Museum’s 40th year of operation with the opening of Gerhard CF Miller: The Artist and His Mentor this past Saturday, July 18. The preparation has been an exciting journey, indeed, and one that has allowed me the time to sift through archives. I unearthed a treasure-trove of history with meticulously recorded information dating back to the early 1970s, clearly recorded with an old-school typewriter, on thin, flimsy, typewriter paper. Stories have been shared among staff, volunteers and museum patrons as of late.

This process of discovering more about the life of our founder Gerhard CF Miller, considered by many to be Wisconsin’s greatest watercolorist, has been one of great joys in my first year as Executive Director.

It has long been said that understanding the past is the key to the future. As we look toward a vibrant future for the Miller Art Museum, I am eager to share with readers a bit about our history, the life of Gerhard and his mentor Roy M. Mason, in hopes that together we can better understand the organization’s first 40 years so that we may shape the years ahead. The anniversary exhibit, on display at the museum through Sept. 8, is devoted to exploring the significance of Gerhard’s mentor Roy Mason (1886-1972) in his development as an artist.

In the July 1980 issue of American Artist, Gerhard CF Miller writes, “I had never had any formal art school training (I knew I was going into the family business) but I soon realized how important painting was going to be in my life. I wrote Roy Mason, who was a leading landscape watercolorist of that time. I explained my desire for his frank criticism of my work, and he generously invited me to come see him (from Wisconsin) at Woodchuck Hollow.” [The name given to the artists’ studio located on a 35-acre tract of land just east of Batavia, New York, and what later came to casually be called “The Hollow.”] 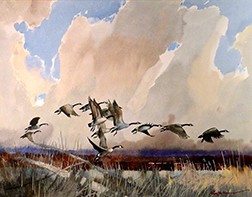 For Gerhard, this meeting, which took place in the mid-1940s, was transformative.

“That first contact with him was the major turning point in my life. He said I was on the right track and told me never to go near an art school.” Mason told him “just paint a thousand pictures.”

Mason was extremely supportive of Gerhard and his work and that first meeting in New York was the start of a friendship and professional relationship that lasted until Mason’s death in 1972.

The two were kindred spirits who shared many life experiences: both were raised by strong fathers who were heavily involved in their children’s daily lives and had childhoods where art was not only valued but learning about art was encouraged. Each loved spending time outdoors both as children and adults; they were both raised with an extremely strong work ethic; and, of utmost importance and relevant to this exhibit, both were dedicated to sharing their knowledge and passing along to others what they learned as artists.

At their first meeting at The Hollow, Roy taught Gerhard a lesson taught to him by his own mentor, the accomplished English watercolor artist John Sell Cotman. This was the concept of the three values, a basic principle of composition using brightest light values, deepest dark values, plus a medium value between light and dark. Gerhard kept the sketch made by Roy illustrating this concept in his studio throughout his life and used it as the basic structure for his drawings and paintings his entire career. It’s important to note that Gerhard was methodical in his rigorous approach to painting; each year he would produce 50 pencil sketches, 32 small watercolors, and 18 egg temperas. 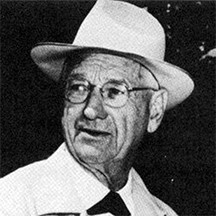 “After he showed me this method of painting a sky he told me to come back for another critique and lesson in a year. From then on I read everything I could on drawing, painting, composition, and art appreciation.”

Determined, generous, humorous and disciplined are just a few of the words that describe this extraordinary talented individual, much like his mentor.

Miller’s legacy continues to be ever-present on the Door Peninsula. This special 40th anniversary exhibition reveals an excitement and enthusiasm – a true passion – for the painting and teaching of two different, but parallel, artists’ lives. Viewers can see 12 never-before-seen working sketches, along with finished paintings by Roy Mason, a selection of paintings and drawings that were among Gerhard’s favorites as well as new collection acquisitions and special loans chosen especially for the exhibit. Included in the loans are works by several artists whom Gerhard himself mentored: Malin Ekman of Baileys Harbor, the late James M. Sargent of Fish Creek, and Sally Mortenson-Korolewski of Manitowoc.

In closing, I think it is only fitting to quote Ruth Morton Miller from an excerpt I found in the exhibit catalog produced for the museum’s very first exhibit, which opened Jan. 19, 1975. She writes:

To my artist husband (Gerhard) and me, this art center is the culmination of a dream…the Miller Art Center, from its polished parquet floor to its soaring ceiling is a setting for a cultural program that can be worthy of even this beautiful Peninsula. We give it to you, THE PEOPLE OF DOOR COUNTY, as an expression of our love and our gratitude for the privilege of living here with you. We give it in the hope that you will use it and thoroughly enjoy it! 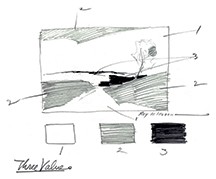 It is in the generous spirit of the Millers that I invite you to celebrate this milestone with us by visiting your most beautiful museum. I hope you enjoy the exhibit; Gerhard would be honored!

Miller Art Museum is interested in hearing your memories. Have a story or special memory to share? How has the museum impacted you? You can join the conversation in person at the museum or online with #MAMCelebrates40!

Gerhard CF Miller: The Artist & His Mentor runs July 18 – Sept. 8. The museum is located in the Sturgeon Bay Library and is open Monday, 10 am – 8 pm, Tuesday through Saturday, 10am – 5pm; admission is free and the facility is fully accessible. For more information, call 920.746.0707 or visit millerartmuseum.org.