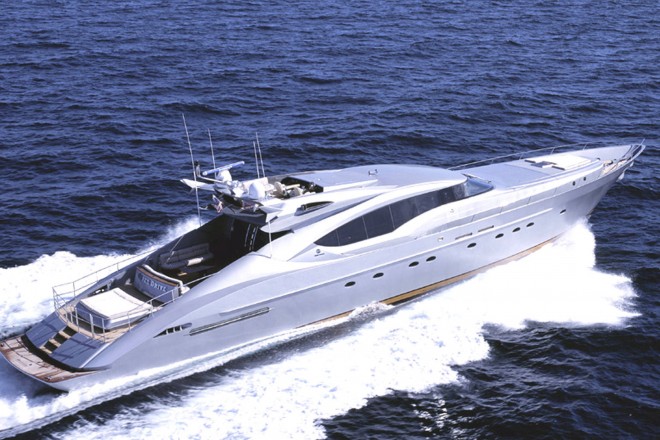 Back in 1918, a company called Johnson and Gmack was busy building and repairing boats for the Great Lakes commercial fishing fleet. But it wasn’t until 1928, when a man named Palmer Johnson, the founder’s son, built the company’s first wooden pleasure boat that an entirely new era began. Its history has had many chapters but nonetheless has proven a steady business in the changing waters of the maritime industry. With traditions carrying from generation to generation and a skilled group of craftsmen by its side, the Palmer Johnson company has established its place on the forefront of the exclusive world of luxury yachting.

Through its history, various owners have guided the company in both periods of prosperity and hard times. International events, too, affected the company. For example, when the United States entered WWII, and as most American industries rallied around the war effort, Palmer Johnson was no different. Then called Sturgeon Bay Boat Works, the company built over forty 45-foot air-sea rescue boats and four 65-foot “T” class freighters used to haul munitions during the war years. At war’s end a few custom yachts were being made, as well as a series of 27-foot and 33-foot wooden stock sailboats.

Officially named Palmer Johnson (commonly referred to as “PJ”) in 1956, Texas Instruments founder Pat Haggerty bought the company in 1961. Under Haggerty, PJ earned a reputation as a world-class yacht producer and continued new, innovative, welded aluminum construction. Haggerty’s son-in-law, Mike Kelsey Sr., ran the company alongside Haggerty and continued at the helm after Haggerty’s death in 1980.

In 2000, the company was sold to dot-com magnate Andrew McKelvey, owner of the popular website Monster.com. With that sale came a confusing and altogether unpleasant few years for Palmer Johnson. In 2003, English businessman Timur “Tim” Mohamed purchased a 120-foot yacht christened Cover Drive, leading him to purchase the company in 2004. Mike Kelsey Jr., grandson of former owner Pat Haggerty, joined Mohamed’s team and together the two have revitalized this icon of shipbuilding and continue to search for ways to stay ahead of the game.

When I asked president Mike Kelsey Jr. why, after several shifts in ownership in the past decade, production still remains in Sturgeon Bay, he stated simply, “The craftsmen are here.” It is obvious that Kelsey values his workers above all else. “Right now in the yard,” he said, his hand sweeping across the huge bay windows in his office that overlook the building yard, “we have a grandfather, father and son all working out there.” He claims that there are descendants of the original 1918 crew that still work for him today. “These people still know what it means to give an honest day’s work for an honest day’s pay.”

Although PJ has always been known as a custom yacht builder, Mohamed has taken a different tack (pun intended). Palmer Johnson is no longer doing their traditional custom work, but instead is producing specifically designed models exclusive to their company. Similar to the Cover Drive, Mohamed’s custom yacht, these luxury yachts are built on spec and Kelsey says business is booming. When I asked Mike if he thought that someone who was willing to spend such a large amount of money on a yacht would want to buy one already built, he nodded enthusiastically. “They look at our yachts and say, ‘That’s me, that’s what I want.’”

The smallest of the fleet currently being produced by PJ is a mere 120 feet and takes over a year to build, whereas the 150-foot model can take over one and a half years. When asked how many man-hours are required, Kelsey won’t specify but says, “Well in excess of 100,000.” Every detail of the construction is overseen by PJ including the interiors which are finished at a Palmer Johnson facility, working with new owners provided they join the process early on. Only four yachts are built per year and, so far, supply and demand are evenly matched. Two of the 120-footers were launched this spring and another two are due to launch this fall.

So what does someone get when they purchase a luxury yacht?  Well, for example, in 1979 King Juan Carlos of Spain got the Fortuna, which was the company’s first yacht over 100 feet and boasted, at 52 knots, to be the fastest large motor yacht in the world for almost 10 years. If you have been around Door County in the past few years, you will remember the launch of the Baronessa, a 195-foot motor yacht that had the distinction of being the largest built in the United States since 1930.

The cost is something that Kelsey is understandably evasive about. The prices can fluctuate considerably with the top of the line going for over 30 million dollars. On the models being produced by PJ right now, there are four to six staterooms (not including rooms for crew) and the well-appointed interiors are outfitted with the latest and greatest of gizmos and gadgets. Flat screen TVs and video on demand in every stateroom give the feel of the best hotels—only floating.

The quality of the construction is what separates Palmer Johnson from the rest of the pack, according to Mike. “We have attention to detail that few yards do,” he said. The fit and finish of the woodwork, using materials gathered from all over the world, and the most solid systems in engineering are what combine to create the world’s most deluxe mega-yacht. “We have successfully blended European high styling with quality American construction,” declared Kelsey.

My next question concerned just who is buying these opulent vessels. Of the last four yachts sold one was to an American, two were to Europeans, and two were to Russians. Russians? Kelsey shrugged his shoulders. “Most of these boats end up in the Mediterranean,” he said by way of explanation. Owners can come from all over the world; Palmer Johnson has built and sold yachts to people in Chicago, Illinois; Sao Paulo, Brazil; Sydney, Australia; and Canton, Ohio. Yep, Canton, Ohio.

Once the yachts are completed there is the rather large problem of getting them to their owners. Anyone who spends time in Door County knows that getting to our little island can be a logistical nightmare, by land or by sea. Most of the vessels are brought (by water) to the east coast where they are literally picked up out of the water and placed on very large ships owned by a company called Dock Express. These carriers are specifically designed as luxury yacht transporters and ensure that the cargo is brought safely to its anxious owners.

There are over 200 employees working in the yard in Sturgeon Bay but there is only one that Kelsey eats dinner with on a regular basis: his son. “He’s out there somewhere,” Kelsey said, looking again out the expansive windows. It just shows that Palmer Johnson is a family-oriented workplace. “I was the only one out of my siblings that really showed an interest in the business,” he said. Kelsey Jr. started working in the yard when he was young; starting early helped him gain an intimate knowledge of the business that few people at his level can claim.

It is a true family affair with Mike Kelsey Jr. taking the company into the new millennium as president. While his father passed away unexpectedly a few years ago, Mike Jr. is quick to point out that, although he misses his father’s advice and input, he has plenty of family around who are still in the maritime business. Mom Sheila is owner of Great Lakes Yacht Services, a yacht brokerage firm situated on the site of the original Palmer Johnson shipyard, and brother Brian is the Executive Director of the Door County Maritime Museum.

In looking at Palmer Johnson’s past and considering its future, it seems that the strength of its people, owners and workers alike, are to be credited with much. Through every chapter, they have helmed the company toward its achievements, first among which is their unwavering commitment to quality.