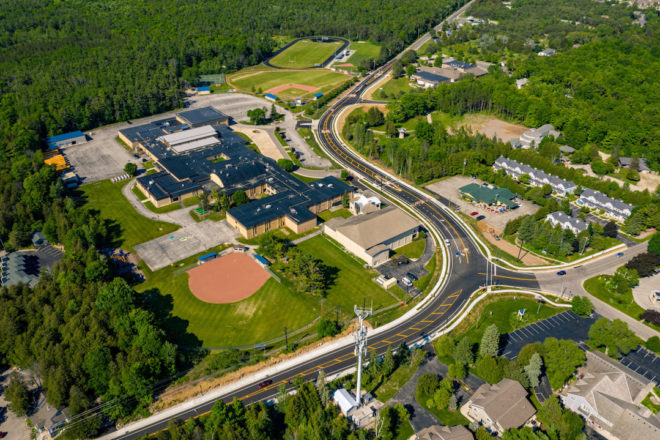 Sherman exploring whether board decisions were lawfully made

The pandemic has stunted the political career of another Gibraltar School Board member.

Angela Sherman resigned her seat, citing a loss of trust and respect for the board during a week when it decided to move to optional masking, and then reaffirmed that decision a few days later during a special meeting. Sherman believed that universal masking until late January was the best policy, and cast the only dissenting vote at each meeting.

“Up until this week, I could say I was proud of the board, but that pride has shifted to distrust,” Sherman said in her official resignation letter.

When reached by phone, Sherman said her resignation was not based on the board’s decision to move to optional masking.

“There have been plenty of board decisions I have not agreed with and you don’t resign over them,” she said.

Instead, she lost faith in a board that she believed was pressured by some parents into abandoning its previous statements and practices to allow sufficient time for younger children to complete their vaccination series. As a result, she said the board had shifted from being proactive during the pandemic to being reactive to public opinion, elevating that opinion over public health advice.

She also had specific complaints about how decisions were made during the past couple of board meetings and is exploring whether that decision-making process rises to the level of misdirections and possible wrongdoings in violation of Wisconsin’s Open Meetings Law. She intends to work with the school district’s attorney on that and has already researched how she would go about filing an Open Meetings Law violation query.

“There was a lot that happened outside the [open] meetings,” Sherman said.

In addition, she said incorrect information was conveyed during the Dec. 13 meeting about the last possible date when the earliest of the children aged 5-11 could have completed their vaccinations. Once that was revealed to be incorrect during the Dec. 16 meeting, she thought the board, then armed with the right information, would postpone the optional masking date to late January.

When the board instead reaffirmed its decision to move immediately to optional masking for older students and to Jan. 4 for younger students, “that was the last straw for me,” she said.

Sherman tendered her resignation Dec. 17. Not wanting her school-aged children to be bullied or ridiculed for continuing to wear a mask – yet not willing to risk their contraction of the virus and bring it home to the family’s three-year-old – she and her husband also pulled their children out of the school in favor of homeschooling.

Sherman was reelected to her second term in office during a highly competitive April 2021 election. She was the top vote-getter out of a field of six candidates.

“One of the hardest pieces of resigning is I’ve let all those people down,” she said.

But she also recognized how the stress of the position has been negatively affecting her health and her family.

“There was big talk about stress during my annual physical,” she said. “Between my family and my own health, I feel I can’t act in that [school board] capacity.”

Weborg and Sherman are not alone. School board members across the country have been pressured by a divided public during the pandemic. But if it feels worse in Wisconsin, that’s because it actually is worse. Wisconsin has had more recall attempts in 2021 than all states but California – 11, according to Ballotpedia, though only a few of those garnered enough signatures to make it onto the ballot.

Gibraltar School Board president Stephen Seyfer said in an email to the Peninsula Pulse that the pandemic has raised issues that current school boards had never anticipated.

“Closing the school campus, how to educate remotely, when and how to return children to in-person learning, and how to manage school protocols in the face of a divided public regarding masking and vaccination place each board member in the center of a local public-health controversy,” Seyfer said. “Board members everywhere and in the Gibraltar Schools have been sorely tried in making ‘best’ decisions for their schools and communities.”

Seyfer said he couldn’t comment on complaints Sherman has about his or the board’s conduct when making decisions because he doesn’t know what those complaints are. He did, however, say he is “saddened” by her resignation and considers it a loss for the school board.

“She is energetic, empathetic and impassioned about the education of children,” he said. “We will miss her voice.”

The district will follow the state statutory process for filling school board vacancies via appointment by the remaining members. Seyfer said that process would be explained to the public at the board’s regularly scheduled meeting Jan. 10.