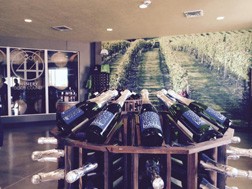 “What I find most gratifying is that we received the most medals of any winery for wines made from Wisconsin-grown grapes. That’s because in the end, our goal is to produce world-class wines that just happen to come from Wisconsin,” said Steve Johnson who is the winemaker and co-owner with his wife Maria Milano.