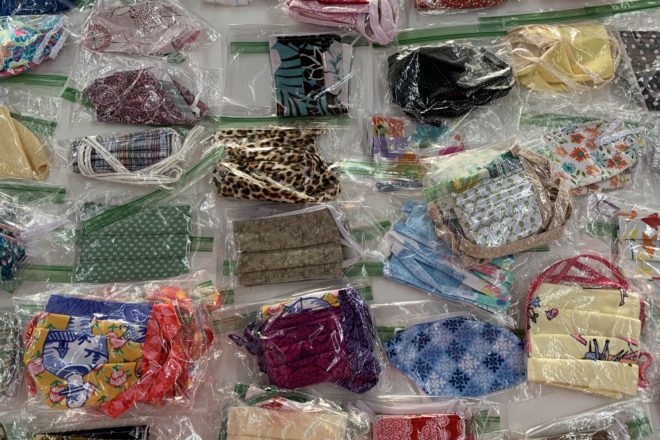 More than 30 parents and district residents showed up just before Thanksgiving to tell the Gibraltar Area School Board that Superintendent Tina Van Meer didn’t go far enough on Nov. 22 when she stopped requiring athletes to wear masks during games.

Those at the meeting urged the Gibraltar school board to follow the example set in October by Southern Door and Sevastopol and in early November by Sturgeon Bay when those districts lifted mask mandates for older students and eased up on quarantine requirements.

Jeremy Schwab, a parent of four Gibraltar students, said that since vaccines have become available to all who choose to have one, parents should now be the ones deciding whether their children need to wear a mask.

He said he became extremely aggravated when his daughter had a minor asthma attack while playing volleyball for Gibraltar against a team that was not required to wear masks.

“She was forced to continue wearing a mask as she was attempting to catch her breath. As a father, it was infuriating,” Schwab said during the board meeting. “This is a serious question. It’s not meant to be snarky; it’s not meant to be rhetorical. What do you know that the other schools do not know? In other words, when many schools in northeast Wisconsin – and around the nation, for that matter – lift the mask mandates and you have not, what specific studies are you using? What data are you looking at? I admit I could be wrong, but if the masking-rule rollbacks were failing around the state and nation, I strongly believe that would be headline news.”

Sue Powers, Door County Public Health officer, said by phone that universal masking for all students is still recommended, and most certainly for students younger than 11. She also said districts need to require students to quarantine if a household member tests positive for the virus. Some schools are allowing students who have “close contacts” to attend school if they feel OK and wear a mask.

“I understand schools don’t want to have students quarantined and missing school if they feel good, but there’s a bigger picture here,” Powers said. “The tried-and-true mitigation strategies, people seem to want to give up on. But the studies still prove that they work: masking, distancing, stay home when sick, avoid gatherings.”

Despite the advice coming from public health officials, Gibraltar parents asked their district to follow the lead of other Door County districts.

“Please listen and look to them for solutions that have been thought out and tested,” said parent Heather Green, who asked the school board to set a timeline for ending mask mandates.

Door County Public Health officials say this is not the right time to ease up on coronavirus-prevention protocols, despite what Door County school districts have been doing since October.

Positive cases are rising, as are hospitalizations, Powers said on the Wednesday before Thanksgiving.

“This week we’ve had seven new hospitalizations of Door County residents,” she said. “That’s a lot for us.”

Powers said public health officials want the community infection level to go down and the 53% vaccination rate for 12- to 17-year-old students to increase. Until then, masking is a base mitigation strategy.

“There is strong evidence that masking is effective,” Powers said. “It’s certainly not intended to be a permanent strategy, and I can understand everyone’s tired of it.”

School board president Stephen Seyfer said they’re trying to find the best solution for students in a school setting, and the topic of facial coverings should appear on the Dec. 13 agenda.