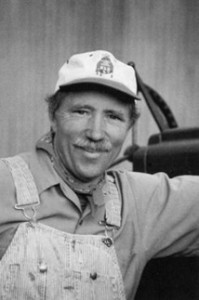 Aptly named for it was called the party line and in its way did predict the Blackberry and the text message. The party line telephone was grandmother’s entertainment in the leave of afternoon soap operas being it was some years yet till television. Party lines date the author, remembering in like manner the outhouse and that dark impossible age before television, before incandescence, email, microwave, before even French fries.

This party line is how our grandmother spent winter afternoons, listening, the receiver muffled with her handkerchief. It was illegal but universal, so expected that false stories were fabricated to expose those eavesdropping. The neighborhood became scriptwriters, novelists, avant-garde as Pollock, a story that so-and-so was pregnant, had traded their Ford for a Chevy, that the hired man was Howard Hughes in disguise, or that a well-known farmer was painting their barn blue. Sourcing remnant echoes of this deceit through the neighborhood worked the same way Amazon River porpoises who are blind locate food. Falsies they were called; they meant to say fiction. Notable falsies were stories of aliens, two-headed calves, counterfeit money, that bleached flour was poisonous, that Mrs. Hiram Calkins was expecting, she 91 years and long widowed. The result was wise people tried to keep their mouths shut despite the stories were so heated as to tempt them. It was the township version of Peyton Place, Samson and Delilah, and Bethsheba at her toilet.

When the rural party line became private, a distinctive livelihood passed out of the countryside and with it the happy career as party line storyteller. As natural to imagination and invention as 900 numbers, in due fairness just another kind of storytelling. I am somewhat relieved that with the universal distribution of cell phones we are once again returning to the days of the party line. At the video store the other day a fellow carried on a long and fairly intimate conversation with a person of the opposite sex. If it was his wife he is to be congratulated. He talked to his phone in a voice loud enough to be overheard by most of the patrons, had it been not so entertaining I might have been tempted to tell him where to stick his enthusiasm.

A similar occurrence happened at the Copps/Roundy’s food liner, this time a woman presumably talking to her children, specifically a teenage daughter and what the daughter was to wear to a school dance. Slut was mentioned half a dozen times which is entertaining at the outset, but when endlessly repeated tires the script. The woman was asked by another customer to take it outdoors or put the phone where the sun never shines, rises or enjoys the eclipse. Precipitating gladiatorial stares between the combatants but the woman with the phone still against her ear finally departed. A ripple of applause reverberated from several aisles over.

Fighting words these are, to hang the cell phone where the sun doesn’t routinely shine. Socially it seems we are at the same juncture of phone culture as once were municipalities and paper mills when they thought the local river was but a convenient sewer. It will take a while, there will be some homicides and injuries to ears where a cell phone left the remarkably detailed impression of the touch pad. The state court will hear cases of denied insurance claims for phones smashed in theaters, the Metropolitan Opera, churches, art galleries, concerts by person or persons unknown. On Craig’s List a bounty has been established for cell phones brought to justice in such circumstances. Super glue is now being carried by people who would never think to carry a concealed gun. Stealthfully applied to the ear of the offending person so they cannot remove the cell phone from their ear, as may trump where the sun doesn’t shine without the bother of over-much intimacy. Emergency rooms will do well to stock up on solvents.

Restaurants, theaters, sporting events, classrooms, churches are opting for detection units, not for bombs and guns but cell phones. For the more vengeful sort is a tiny short-range microwave generator, only problem is it tends to set fire to the hair in the ears. In the technical pipeline is the next generation injectable cell phone, where brain waves are directly converted to speech and we will no longer have to talk at each other, just think it. Instead of that creepy musical interlude your scalp will tingle when your phone rings. And yes, some will have the device installed at other locations on their body. Things could get dicey for a while and we will then lament the good ol’ days of…cell phones.

Someday the Wilderness Act will be amended to include actual, unwired, unconnected human beings, of which there will be only a few examples.