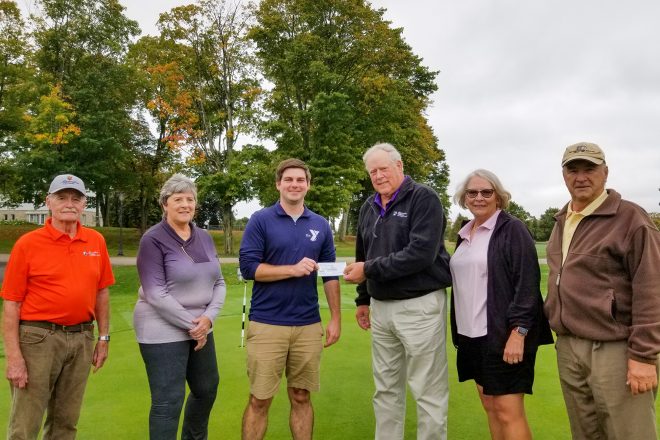 After morning storms moved through, 80 golfers participated in four-person teams from the very forward gold tee boxes. Each team selected its prizes through a drawing before the 18-hole scramble, which included a 50/50 skins game and a circle challenge on two par-3 holes.Organizing committee members Jim and Jeanine Bresnahan, Debbie Hellen, Tyler Powell, Jim Musiel and Carl Podlasek thank everyone who participated and made donations, with extra-special thanks going to all the event sponsors.