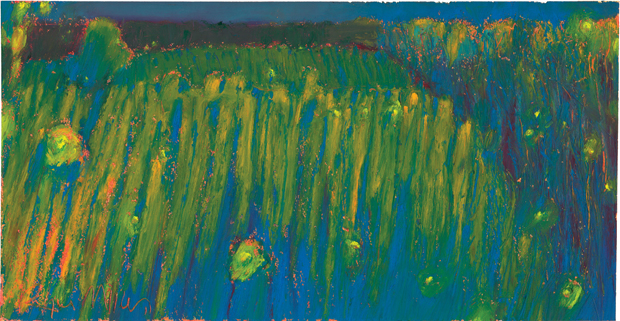 Door County boasts a thriving poetry scene – weekly readings, long-established critique groups, even its very own Poet Laureate to promote the ancient art throughout the county.

Door County’s tight-knit community of poets pen poems as diverse as this community and its inhabitants, calling upon memories, figures of their past, drawing inspiration from the landscape, their imagination, and one another.

A callout for poems to grace the pages of Door County Living received an overwhelming response. These are just a handful of the meticulously crafted, poignant and compelling poems submitted by the poets who call Door County home.

at the Valmy Laundromat,

where he brought his shirts and socks,

along with altar cloths,

for their weekly purification.

Father Bob fixed them with his one good eye.

He said that after a preliminary exchange of credentials

and had Her hair pinned up)

if She ever had regrets at what she’d made.

but She replied that these were our choices.

Her only second thought was snakes.

Then she gathered up her laundry,

put it in a red plastic basket

and went out the door.

Judy Roy, a Wisconsin native and retired teacher, has been writing since she first learned to hold a pen. She is a co-author of Slightly Off Q and Two Off Q. A solo collection of her poems, Now and Then, will appear this summer. She lives in the woods north of Baileys Harbor. 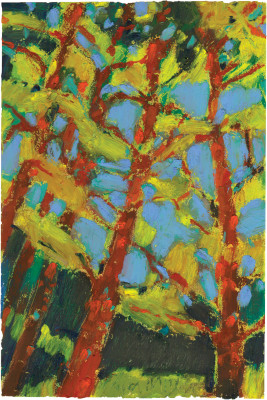 that roofs the earthy homes

of the tolerant dead.

A stone on each grave lists facts,

Will remember her smile…

Say they were happy, say they knew it…

The dead are nonjudgmental, welcome

those who stop here to study words,

they hear whispers or perhaps

just the susurrus of the pines.

Barbara Larsen, Door County Poet Laureate, 2011– 2013, has been active in teaching and promoting writing activities for 30 years in the county. She has published six books of poetry.

a man is writing

not a single desertion

rarely pauses or looks up…

my words are gypsies

hurtling down the page

battling up into the light

Sharon Auberle is a writer and photographer, the author of a memoir in poetry, and several collections containing both her poems and artwork. For reasons which are still a mystery to her, she has authored a blog – “Mimi’s Golightly Café” – for eight years, which contains a potpourri of her images and words.

A Revelation of Stars

or even yesterday’s oatmeal

and he gave no thought or wink,

to the time to soak and scrub or what she feels?

decorating the bathroom sink in fact

from spitting in the sink no doubt

after brushing his teeth to get the particles out,

a little present left for her with lack of tact?

Dots of coffee drips on the new hardwood floor

leading to his study door and

carpet adorned by crumbs of toast

seeming to be a boast

of carelessness, and no thought of her forevermore?

These were the things, because they took up hours,

that once led her to irritation, then resentment, even rage and roars,

until, walking the pups one starlit night on their nightly dance,

he told her he could not see the stars.

Jami Hanreddy lives in an interspecies household in Ellison Bay with Joe, Fred, Emma and the wolf that hangs around trying to mate with Emma.

a most unlikely candidate for the position.

never without a cigarette ashing itself

He had a hard time letting go

of a bottle of booze till he finished

every drop in a single sitting.

No rosebud either when it came

and as far as was known never

had a regular job but spent his days

at the Royal Library until it was time

to go home, with his decoy briefcase.

And there was I, hanging on him

every chance I got.

Listening to his stories,

laughing at his jokes.

He called me funny names

and I called him uncle Ho.

He wrote songs for all occasions,

with alacrity he skewered

but always with a twist of love.

His heart as big as the Titanic.

Often he asked me for a little help

and I, in ecstasy by the honor was told

to go find “good words” and bring them

back in my father’s old cigar box.

When done writing he would ask my opinion.

In my young years I wondered why

this unlikely man so held my childish adoration.

I know it now.

Hanne Gault, author of You Are From Where?, has lived in Ellison Bay since 1997. She belongs to two poetry groups and has published poems in Wisconsin Poets’ Calendar, Free Verse and Peninsula Pulse. She won third prize in The Joanne Hirshfield contest, was nominated for a Pushcart Prize, and was featured in the 2012 late summer issue of Door County Living.

a man is singing

But I hear Las Chicas, I think.

about the women of my neighborhood,

Because a man of many years

anything of their dark eyes’

He has no recollection

of the sweet, sweaty

He thinks mostly of willows

Still, a man is singing

in a language I do not speak,

about the women of my neighborhood,

Their soft bodies and hard looks,

And still, there’s a chance –

there’s something in their step

that could be dance.

Ralph Murre, a longtime Door County fixture and curmudgeon-in-training, is the author of four books of poetry to date. His poems have been published in journals too numerous and obscure to mention and his readings have been generally tolerated by audiences around Wisconsin and in several states farther afield. 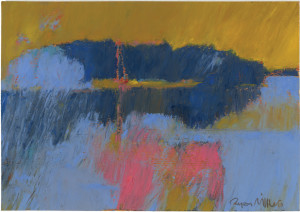 (In response to “Somewhere nearby,”)

somewhere in our memory,

lean on your sweat-drenched shoulder;

and under dresses – now loose cotton,

We remember arms that held us,

We still hear low in our inner ear,

the soft purr of your humming,

the swush of your huaraches moving

You may think of willows now.

We will think of you.

Francha Barnard works at her poetry and plays at her art, mostly handmade paper and collage. Sometimes the three even combined. She finds inspiration all around her in nature and by crawling back into her own memories, often with surprising results. Her poems have appeared in numerous publications. She is a member of the Word Women poetry critiquing group.