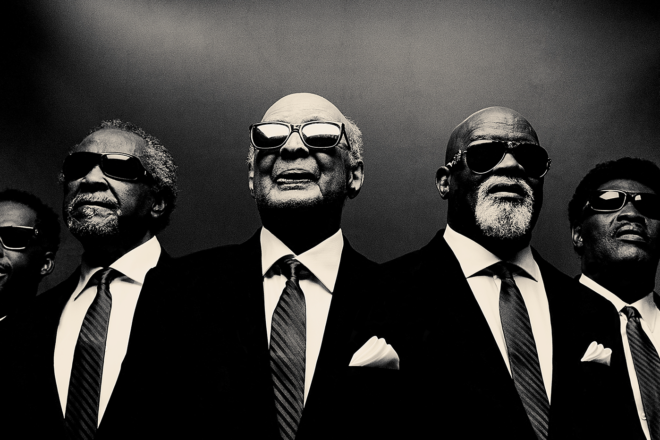 The Blind Boys of Alabama

Gospel legends are coming to Egg Harbor on Aug. 14. The Blind Boys of Alabama will play a free show at the Peg Egan Performing Arts Center in what promises to be a memorable night.

The Blind Boys have the rare distinction of being recognized worldwide as not only living-legend gospel singers who borrow from old traditions, but also modern-day innovators who have helped to define those traditions in the 20th century and have almost single-handedly created a new gospel sound for this century.

Since the original members first sang together as children at the Alabama Institute for the Negro Blind in the late 1930s (including Jimmy Carter, who leads the group today), the band has delighted audiences for seven decades and become one of the world’s most recognized and decorated roots-music groups.

Touring throughout the South during the Jim Crow era of the 1940s and 1950s, the Blind Boys flourished thanks to their distinctive sound: a blend of early jubilee gospel’s close harmonies and more fervent improvisations of hard gospel. The ensemble sang at benefits for Dr. Martin Luther King Jr. during the early 1960s and was part of the soundtrack of the civil-rights movement.