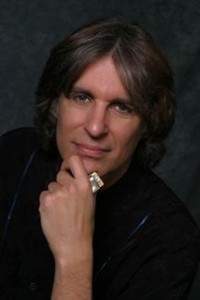 On Sunday, August 15 at 7 pm Howard Levy with special guest Chris Siebold, will end the Peg Egan PAC series with a powerful performance offered free to the public.

Levy’s musical adventures include journeys into jazz, pop, rock, world music, Latin, classical, folk, blues, country, theater, and film. He has won a Grammy (1997), a Joseph Jefferson Award (1986) for Best Original Music for a Play, and has performed many times on American and European television and radio. Levy revolutionized harmonica playing and took the instrument into new territory.

Siebold has been playing guitar for 22 years and draws from a deep well of influences, playing many styles of music from bluegrass to big band jazz. As a freelance guitarist, Siebold plays in many bands including Kick the Cat, Howard Levy’s Acoustic Express, and Rob Parton’s Jazz-Tech Big Band.

The Peg Egan Center is located on Church Street in Egg Harbor. The pubic is encouraged to bring lawn chairs and blankets. The Ladder House and Double Delights will provide concessions. In case of rain the concert will be held at the Paul J. Berchinger Community Center in Egg Harbor.