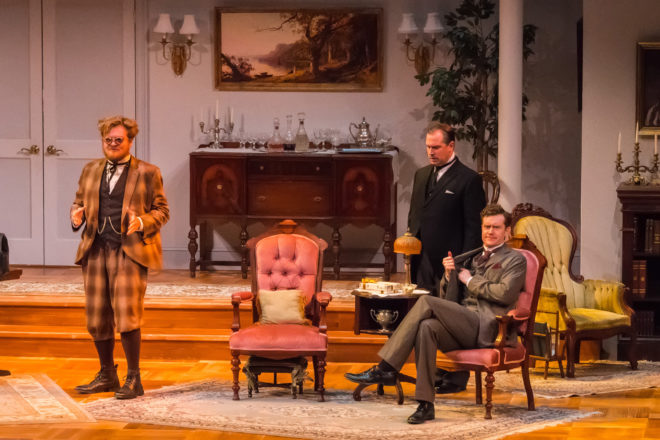 “The Peninsula Players extends congratulations to its past and current company members on their artistic accomplishments in the Chicago area,” said Greg Vinkler, Players artistic director. “Every season we work to bring the finest talent there is to Door County audiences, and every season with the announcement of the ‘Jeffs,’ I am delighted to see many Players being recognized for just that – the best.”

The Joseph Jefferson awards, established in 1968, annually honor outstanding professional theater artists in the Chicago theater community. Matt Crowle, director of Peter and the Starcatcher is nominated for both Best Direction and Best Choreography for Crazy for You at Drury Lane.

Mercury Theater Chicago’s production of Disney’s Mary Poppins is nominated in the Musical-Midsize category and featured several Peninsula Players in its cast including Crowle, Cory Goodrich, Lanyon and Kevin McKillip.

For more information or for current show times visit peninsulaplayers.com.