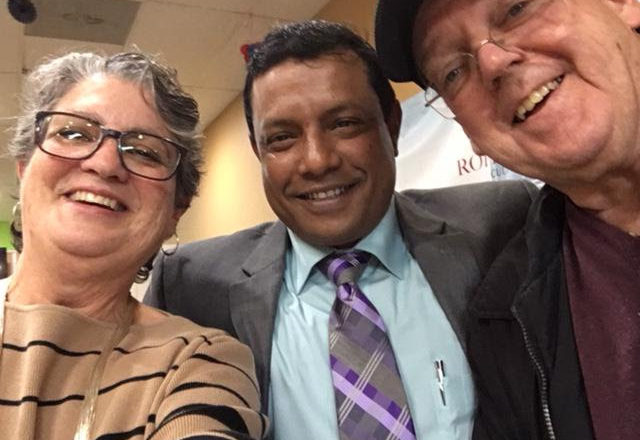 Peninsula Players Theater presents a reading of Go Save Your Life by Nasir Bin Zakaria, as told to Laura Toffenetti, Feb. 5, 7 pm at Björklunden in Baileys Harbor. Go Save Your Life is produced with support and in coordination with Door County Reads and its exploration of The Latehomecomer: A Hmong Family Memoir by Kao Kalia Yang.

Join the Players reading of Nasir Bin Zakaria’s harrowing and inspiring story as a Rohingya refugee from Myanmar, formerly known as Burma. The cast, director and author will host a post-reading discussion. Admission is free.

Go Save Your Life shares Zakaria’s journey from the jungles of Myanmar to his new home in Chicago. Featured in the play reading are actors Rom Barkhordar, as several men; Cheryl Hamada, as multiple women; and Demetrios E. Troy as Nasir. They are under the direction of Peninsula Players Artistic Director Greg Vinkler, who is thrilled to bring Nasir’s voice and story to Door County audiences.

“After I heard from Door County Reads that their 2018 book selection was The Latehomecomer, I read the book and began to think about plays that might tie into that subject matter in a meaningful way,” Vinkler said. “It wasn’t long before I remembered conversations I’d had with my friend Steven Pringle, with whom I’d done a show at Chicago Shakespeare Theater earlier in the year. I recalled that he had spoken very emotionally of working with refugees in Chicago alongside his wife [Toffenetti].

“I contacted him about getting some ideas and he obligingly gave me a couple…[Go Save Your Life] was a story that, after reading, I felt perfectly complemented the journey that was laid out in The Latehomecomer.”