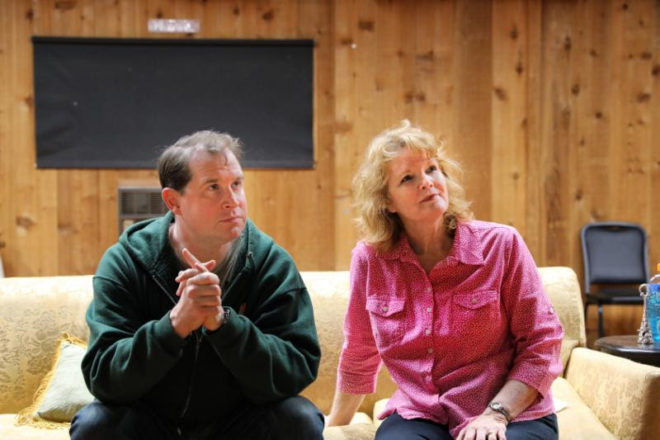 Peninsula Players Theatre presents the regional première of Living on Love, a new romantic comedy by two-time Tony Award-winner Joe DiPietro, based on the play Peccadillo by Garson Kanin. The show opens Aug. 25 and will be performed through Sept. 2.

In the play, celebrated opera diva Raquel De Angelis’ temperament and sense of self-importance are legendary and the only person whose ego is more massive and flamboyant than hers is that of her equally world-famous husband, the Italian maestro Vito De Angelis. Both relish their glamorous lifestyle and depend on the attentive care of their highly competent servants, two former opera singers named Bruce and Eric. Despite the apparent opulence of the penthouse, their careers are on the wane and they need money to pay for this colorful existence. Vito decides to write his memoirs and instantly make millions. Vito quickly becomes enamored with the ghostwriter his publisher sends to oversee completion of the memoir. Raquel, to make Vito jealous, hires intense young Robert Samson to do the same for her.

“Living on Love is full of wonderful characters who live to the fullest,” said director Linda Fortunato. “The opera singer and the conductor have lived their lives in the spotlight and created personas to exist in that world. After many years, it has become unclear where the larger-than-life persona ends and the real person begins.”

Living on Love performs Tuesdays through Saturdays at 8 pm and Sundays at 7:30 pm, except for Sept. 2 at 4 pm. A post-show discussion is scheduled for Aug. 24 with the creative team and cast. For more information or tickets call 920.868.3287 or visit peninsulaplayers.com.