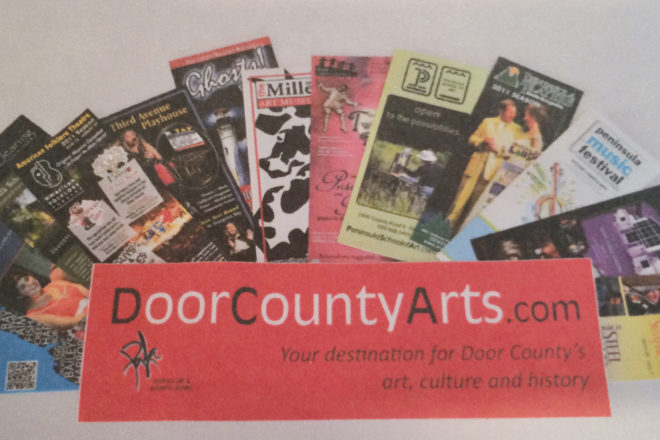 If you are like most people, you are wondering: what is the Peninsula Arts and Humanities Alliance (PAHA)? And how could it have been in existence for 25 years and be virtually unknown?

Formed as a committee of the Peninsula Arts Association (PAA), the original intent was that PAHA begin to take over some of the activities that the PAA was providing to the arts community and expand to involve the humanities organizations. By the mid-1990s, PAA was experiencing a decline in membership and a re-organization. Many of the projects that it was responsible for could not be continued without an increase in membership.

The PAA is the oldest nonprofit arts organization in Door County. It served as an umbrella organization to the Francis Hardy Gallery, Peninsula School of Art, Peninsula Music Festival and Midsummer’s Music Festival. Each of these organizations began with the assistance of the PAA. As they grew, they broke off and established themselves as separate nonprofit organizations. PAA also produced the Gallery Map and provided the arts calendar to the Door County Advocate. The Gallery Map was spearheaded by Sue Anderson and was the only place where information on a majority of the Door County galleries could be found in one place along with a map to guide visitors. Lorraine Mengert painstakingly compiled the information for the arts calendar and sent it off to the Advocate each week.

In January of 1991, the first meeting of the Peninsula Arts and Humanities Alliance took place. Lorraine Mengert continued as chair of the calendar committee and was joined by Rich and Jane Delcarson and Jan Forkert. Sue Anderson was joined by Jeanne Aurelius to continue producing the Gallery Map. A representative of the PAA attended meetings as did a representative of the Door County Chamber of Commerce, now the Door County Visitor Bureau.

As membership grew, the Gallery Map became the Arts Map with all of the galleries represented on one side and the PAHA membership on the other. With the growth of the map, individuals within PAHA began to take turns producing the Arts Map on behalf of the organization. Lorraine Mengert continued to compile the arts calendar and PAHA even printed monthly calendars for a period of time. However, as email and the web grew, individual organizations could send their own events to the local paper, eradicating the need for PAHA to produce a calendar.

Membership was expanded to all nonprofit performing, visual and humanities organizations. With a dues structure in place, PAHA began to take shape, meeting monthly except June, July and August. As membership grew and PAHA took on more and more duties, it too broke off from PAA, becoming a separate nonprofit organization.

Over the years, in addition to the Arts Map, PAHA worked with the then Door County Chamber of Commerce to host an Arts Hotline. Visitors could call one phone number to hear updated information on all the PAHA members. As the use of the web increased, the Arts Hotline became outdated. PAHA then created a shared website that included the galleries that advertised on the Arts Map. When the web was new, this was a great tool for smaller organizations to have a web presence without the major expense.

PAA had now transitioned into a re-granting organization for the Wisconsin Arts Board and had to raise matching funds each year. PAHA decided to present the Mr. Door County Pageant as a fundraiser for the PAA. The pageant took place on Feb. 6, 1999, the same day as the Miss Door County pageant. Sixteen men competed in the snowmobile suit parade, the manly arts competition and tool belt modeling. The five finalists competed in talent and question and answer. The event raised more than $4,000 for PAA. PAHA has never repeated the event.

Today, PAHA serves its membership as a resource of information, a collective marketing group and a place to share our love of the arts and humanities in Door County. Though the Arts Map is now produced by the Hardy Gallery and the Mr. Door County Pageant is a memory, PAHA continues to meet monthly except the summer months and maintains 25 arts racks throughout the county to highlight the summer performances of all members. The shared website and hotline are no more, but a collaborative calendar of fundraising events along with a promotional piece for hotels has helped the membership to work together instead of against each other.

This summer, PAHA member organizations will work with the Americans for the Arts national study of the economic impact of spending by nonprofit arts and culture organizations and their audiences. PAHA will collect surveys from attendees at arts events – be prepared to help out if you are approached.

Over the past 25 years, the tasks have changed, the membership has become diverse, and the people leading the member organizations have come and gone, but the Peninsula Arts and Humanities Alliance continues its unique mission to enhance, promote and advocate the arts, humanities and natural sciences in Door County.