Peninsula Players Theatre announces cast and company members for its 75th anniversary season, including both new and familiar faces to the stage. Beginning June 15 and running through October 17, the season features five plays, Heroes, Over the Tavern, A Little Night Music, Comic Potential, and Panic. 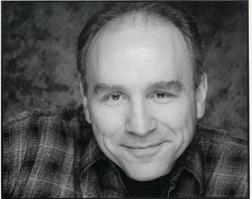 Veteran director and actor of Peninsula Players, Greg Vinkler returns to the stage.

Directors for the season include Greg Vinkler, Karen Sheridan, Kristine Thatcher, and Peter Amster, with musical direction by Valerie Maze and choreography by Linda Fortunato.

The Players perform Tuesdays through Saturdays at 8 pm and Sundays at 7:30 pm in the early summer and change the Sunday curtain time in September and October to 7 pm.

Matinee performances of each play will be held at 4 pm on each closing Sunday performance, July 4, July 25, August 15, September 5 and October 17. An additional matinee has been added for Sunday, September 26. There are no evening performances on matinee days. Ticket prices are $29 to $36. Season tickets and group rates are also available. For more information or to reserve tickets, call 920.868.3287 or visit http://www.peninsulaplayers.com.