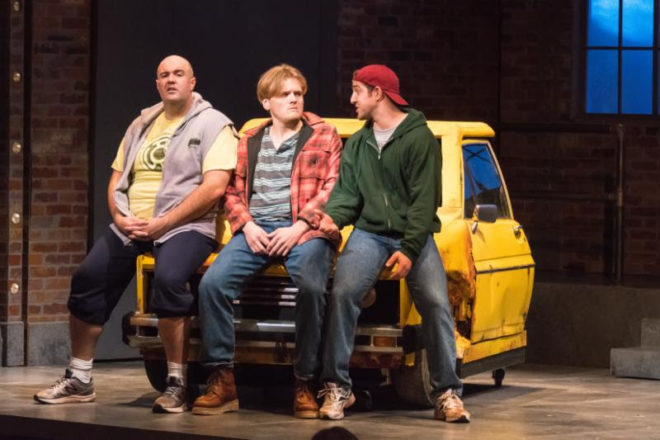 Peninsula Players Theatre, in conjunction with its production of the lively, pop-rock musical The Full Monty, will host a pre-show seminar, “How to Produce a Musical.”

Greg Vinkler, Peninsula Players artistic director and director of The Full Monty, and Valerie Maze, music director, will host a discussion before the Aug. 5 performance, starting at 6:30 pm in the theater. Tickets to the performances are available; admission to the pre-show seminar is free.

The Full Monty performs through Aug. 14 and contains adult themes, language and nudity.

Vinkler has directed several musicals at Peninsula Players including Chicago, A Little Night Music and Sunday in the Park with George. Vinkler made his Broadway debut as Doc in the Tony Award-winning revival of the musical, West Side Story and is a veteran stage performer and director. Vinkler has directed 28 productions at Peninsula Players and has received three Joseph Jefferson Awards (nominated 12 times), two Artisan Awards and an After Dark Award.

Peninsula Players continues to offer theater tours and post-show discussions as listed in the program and website. Contact the Box Office at 920.868.3287 for more information on free seminars, tours or to purchase tickets.