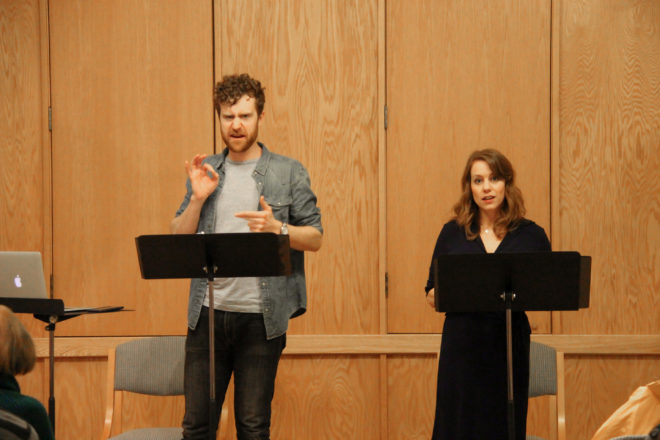 Matt Holzfeind and Melanie Keller perform in Salvage by Joseph Zettelmaier before a crowd at Björklunden on March 6. Photo by Brian Kelsey.

Salvage is a new romantic-comedy-mystery-drama set in a collectible’s shop in contemporary Detroit featuring two quirky characters who become romantically entangled while working together to sell unique and valuable items. Zettelmaier is an award-winning, Michigan-based playwright and four-time nominee for the Steinberg/American Theatre Critics Association Award for best new play.

Salvage was the second of three readings of The Play’s the Thing. Peninsula Players will host its final reading of Miss Holmes by Christopher M. Walsh on April 3 at 7 pm at Björklunden.