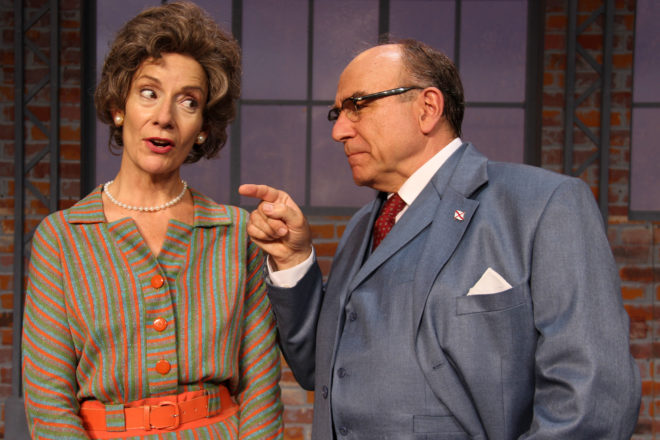 Peninsula Players Theatre continues its 81st season when it presents the Midwest premiere of Kenneth Jones’ Alabama Story, playing now through Sept. 4. Inspired by actual events in 1959, Alabama Story centers on a fearless, no-nonsense librarian, a vocal segregationist senator and an innocent children’s book. In a parallel story, childhood friends Joshua and Lilly, a black man and white woman, reunite among the societal tensions of the times.

The inspiration for Alabama Story came when playwright Jones read an article in The New York Times about the death of Emily Wheelock Reed, a librarian who stood her ground for the right to read during the onset of the civil rights movement. Alabama Story is a work of fiction based on these actual events in a time of civil unrest in our country.

In 1958, Garth Williams published a children’s book, The Rabbits’ Wedding. This picture book featured the story of two rabbits, one white and one black, who live happily together in a forest. The rabbits decide to get married and all of the forest creatures attend the wedding and they live “happily ever after.”

In 1959, Reed was the Director of the Alabama Public Library Service Division at a time when civil discontent was rampant in the South. Reed was asked to remove The Rabbits’ Wedding from the shelves and she refused.

Alabama Story performs Tuesday through Saturdays at 8 pm and Sundays at 7:30 pm; except Sunday, Sept. 4 at 4 pm. Tickets range from $37 to $43 with discounts for groups of 15 or more. A pre-show seminar will be held Aug. 24 with Door Library Director Becca Berger as she discusses the history of censorship and banned books. A post-show discussion with the cast and creative team will be held Aug. 19. For more information or to reserve tickets, call 920.868.3287 or visit peninsulaplayers.com.