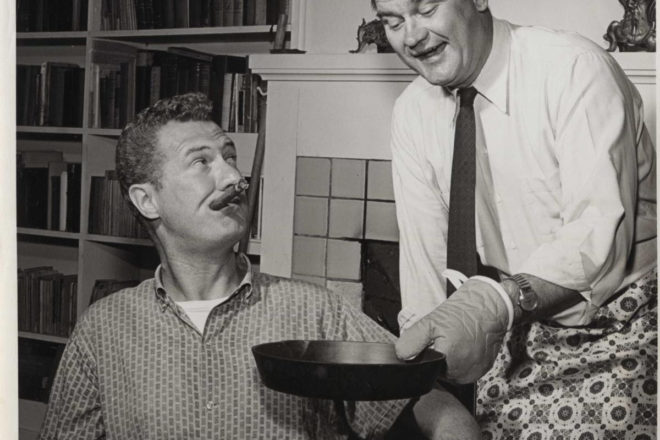 Ralph Foody and Doug Alleman in The Odd Couple, 1967. Submitted.

The next Peninsula Players Presents episodes will take a two-part closer look at some of the company members who delighted audiences during the early 1960s.

Since 1937, Mary Gage had been a cherished member of the Green Bay community theater scene, performing through 1961, then directing for another 20 years. Jeannette Leahy, in addition to stage work, wrote and starred in her own radio and television shows in Indiana, and Maggy Magerstadt appeared on television, touting household products and beauty aids. Doug Alleman, Ralph Foody and William Munchow were talented character actors whose credits included film, television and stages nationwide.