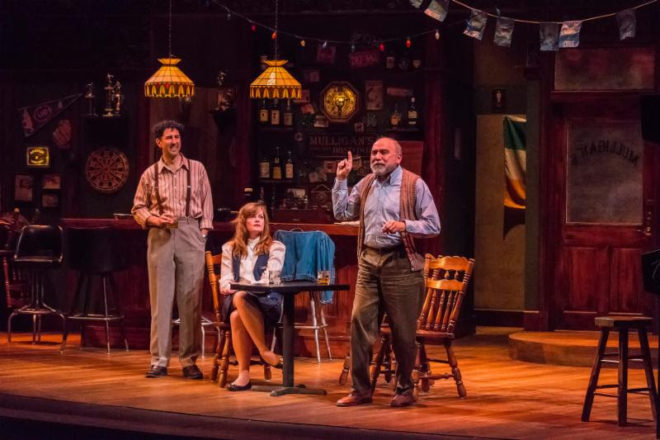 (Left to right) Sean Fortunato, Erica Elam and Greg Vinkler in the world première of Sean Grennan’s Now and Then, on stage at Peninsula Players through July 1. Photo by Len Villano.

“We want to help lift some of the financial burden so that the companies we support are able to focus on producing thought-provoking, relevant work for the widest possible audience,” said Foundation Chair Philip J. Smith.

“The Shubert name is synonymous with excellence in American Theater,” said Peninsula Players Theatre Managing Director Brian Kelsey. “It is an honor for us to be recognized by one of the most highly respected foundations and organizations in our field.”

Peninsula Players is celebrating its 83rd season in 2018. For more information and a list of the current shows visit peninsulaplayers.com.