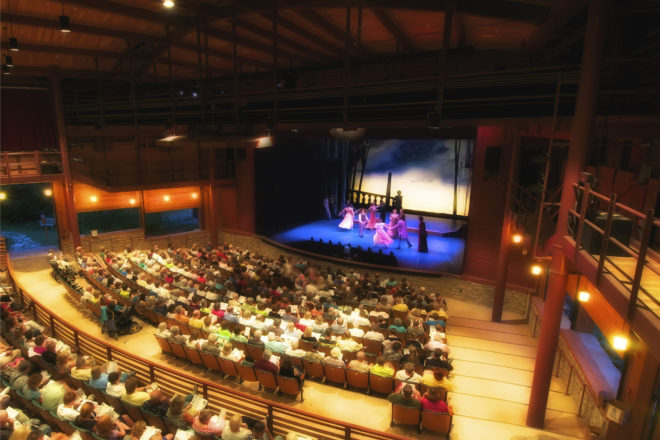 The Shubert Foundation is dedicated to sustaining and advancing live performing arts on a national level and is especially interested in providing support to professional resident theatre and dance companies that develop and produce new American work. Peninsula Players’ commitment to new play developments, artistic achievement, its contributions to the field of professional theater, as well as its internship program, were examined by the Foundation.

“The vital support that the Shubert Foundation provides help to sustain and advance the performing arts across the nation,” said Peninsula Players Artistic Director Greg Vinkler. “We are honored and very thankful that they recognize our commitment to create, develop and produce new works and our belief that the Peninsula Players does and should have an impact on our community. The honor affirms what Brian [Kelsey, managing director] and I, along with our Board of Directors, have known for a long time – that patrons and supporters of Peninsula Players cherish and appreciate the artistry, craftsmanship and theatrical works the theater has produced for 82 years.”