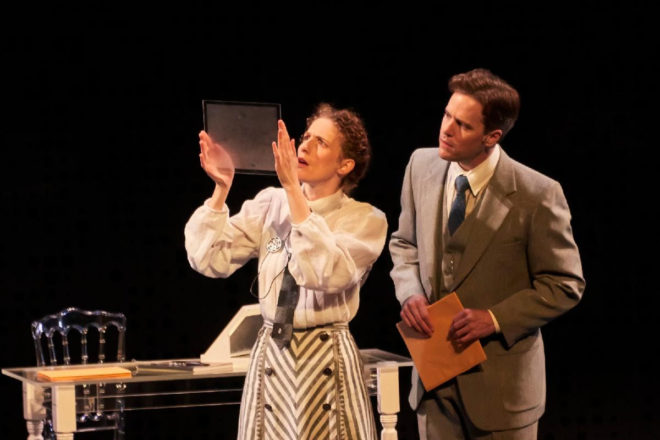 Peninsula Players’ Silent Sky, featuring Cassandra Bissell, will be on stage through Sept. 1.

The show is based on the life of unsung astronomer Henrietta Swan Leavitt and the other “human computers” at Harvard Observatory in the 1890s whose discoveries opened the galaxies. These pioneering women of astronomy explored their place in society at a time when their ideas were dismissed – at least until men claimed credit for them. Leavitt and her female peers believed in both social and scientific progress, and their dedication to scientific discoveries changed the way we understand both the heavens and the earth.

Learn more and purchase tickets at peninsulaplayers.com, or call the box office at 920.868.3287.