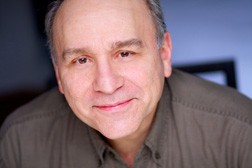 Peninsula Players Theatre has announced cast members for its 76th season, running June 14 – October 16. Greg Vinkler, Players’ Artistic Director, selected the season and casts. He has been with Peninsula Players since 1988, was named artistic director in 1994, and has directed and acted in many Peninsula Players shows.

The season will open with Making God Laugh by Sean Grennan, who will be in residence with the company during rehearsals. “It is a funny and touching play that follows a loving but slightly dysfunctional family through three decades of holidays,” said Greg Vinkler. The play, directed by Tom Mula, will feature Joe Foust, Neil Friedman, Sean Fortunato, Erin Noel Grennan and Peggy Roeder.

The Importance of Being Earnest, directed by Kristine Thatcher, will feature the cast of Making God Laugh as well as Kevin McKillip, Tim Monsion, and Linda Fortunato.

This year, Linda Fortunato will make her directorial debut with the Midwest première of The Fox on the Fairway. The cast will include Monsion, Keltz, Woditsch, Ernst, as well as Melanie Keller and Maggie Carney.

Vinkler will direct the Wisconsin première of God of Carnage, featuring Carney, Foust, McKillip and Woditsch.

Discount tickets are available for season ticket holders and groups. Individual ticket prices range from $32 to $38.

For more information or to reserve tickets call 920.868.3287 or visit http://www.peninsulaplayers.com.