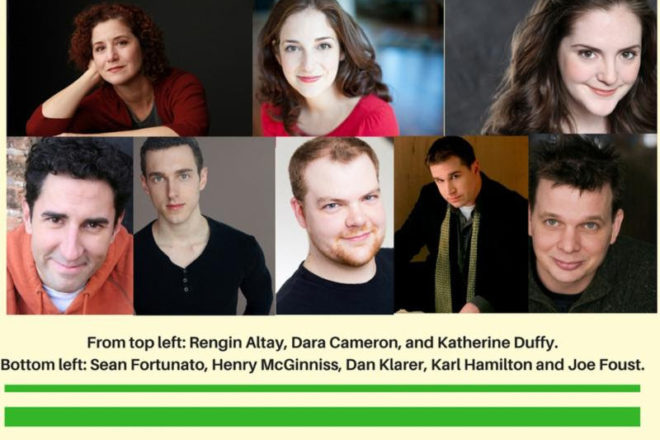 Peninsula Players Theatre announces artistic company members for its 82nd season, running June 13 through Oct. 15. The “must-see” list at the theater-in-a-garden includes a world premiere comedy/drama, a swashbuckling comedy, a lush and romantic musical, a murderous misadventure and a charming comedy.

The season and casts were selected by Artistic Director Greg Vinkler who returns to Peninsula Players for his 29th season.

“The artists of the 2017 company are very talented and necessarily versatile,” Vinkler said. “Nine of the actors, four directors, one designer and one musician will be making their Players debut this season. There are also many familiar and loved performers, designers and musicians who are returning. Peter and the Starcatcher has a cast of 12, four of which will also perform in The Bridges of Madison County. Then eight members of those two casts will join two others to perform in Lord Arthur Savile’s Crime. We have 14 returning Players in the acting company, 15 designers, five musicians and two scenic painters. It is a multi-talented group all together – a great combination for our diverse line-up of shows.”

Peninsula Players opens its 82nd season on June 13 with the world première of The Actuary by Steven Peterson, is a new comedy-drama, told in reverse. It is performing through July 2. The story begins with a sealed envelope that announces whether Ed’s daughter will have a boy or a girl. The surprising news within shakes everyone up, and Ed takes us back in time to show how they all got to that point and how he resolves it. The cast includes Vinkler, Erica Elam, Matt Holzfiend, Judy Blue, Kyle Hatley and Emma Rosenthal. They will be under the direction of Kevin Christopher Fox. 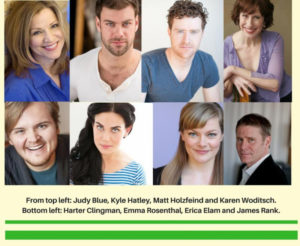 Closing the season is Almost, Maine, Sept. 6 to Oct. 15. The four actors portraying nine different couples are Players veterans Elam, Foust, Holzfeind and Woditsch. Returning to the Players to make his directorial debut is Patrick New.

The Peninsula Players perform Tuesdays through Saturdays at 8 pm and Sundays at 7:30 pm in the summer. The closing performances of the summer shows will have a 4 pm matinee. With the opening of Almost, Maine curtain times switch to Tuesday through Sunday at 7 pm and Sunday matinees to 3 pm for performances on Sept. 17, Oct. 1 and 15.

Individual ticket prices range from $38 to $47. For more information or to reserve tickets, call 920.868.3287 or visit peninsulaplayers.com.