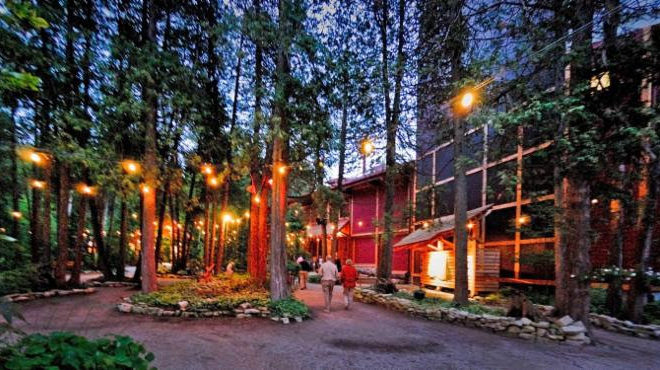 “The 2020 season introduces a new Sunday matinee time of 2 pm and half-price tickets for students 18 and younger to all performances,” said Managing Director Brian Kelsey.

The season opener, Rounding Third, is an odd-couple comedy by Richard Dresser featuring two volunteer coaches – one a veteran, the other a rookie – who must try hard to work together in the very challenging world of Little League baseball. It will run June 16 – July 5.

Something Rotten! is Broadway’s hilarious, award-winning, smash-hit musical conceived by Karey and Wayne Kirkpatrick, running July 8-26. This laugh-out-loud musical features the Bottom brothers, Nick and Nigel, who are desperate to write a hit play but are stuck in the shadow of that Renaissance rock star known as The Bard.

Agatha Christie’s The Unexpected Guest will take the stage July 29 – Aug. 16. After crashing his car into a ditch, a stranger seeks refuge at an isolated country estate, only to find a slain man and – in the shadows – a beautiful woman with a smoking gun. Chilling motives overflow in this surprising murder mystery.

And Neither Have I Wings to Fly is an irresistible Irish drama by Ann Noble that will run Aug. 19 – Sept. 6. Just as they’re ready for their lives to begin, the Donnelly sisters find themselves grieving the loss of their mother. In a country house in 1950s Ireland, Kathleen is torn between her sweet-tempered fiancé, Leo; and a dashing actor. Eveline struggles with conflicting priorities: a sense of responsibility for their lonely father, a university scholarship and emerging feelings for Charlie, Leo’s newly arrived, surly brother.

Closing the 85th season, Sept. 9 to Oct. 18, is the world premiere of The Gentleman Thief – a romantic new comedy-caper by Mark Brown that’s bursting with crazy characters. Handsome millionaire Jimmy bets a friend that he can successfully burgle a house but discovers its owner is a crooked New York police captain and the father of his new love, Molly. Jimmy and a light-fingered friend follow them to England, where they all end up at an English castle, with the focus on the family jewels.

Peninsula Players summer performances run Tuesdays – Saturdays, 8 pm; and Sundays, 7:30 pm. Starting Sept. 9, curtain times shift to 7 pm, Tuesdays through most Sundays. The closing Sunday performance of each show will have a 2 pm matinee. Additional autumn matinees will be announced in May.

Tickets range from $41 to $50. To learn more and purchase tickets, visit peninsulaplayers.com.