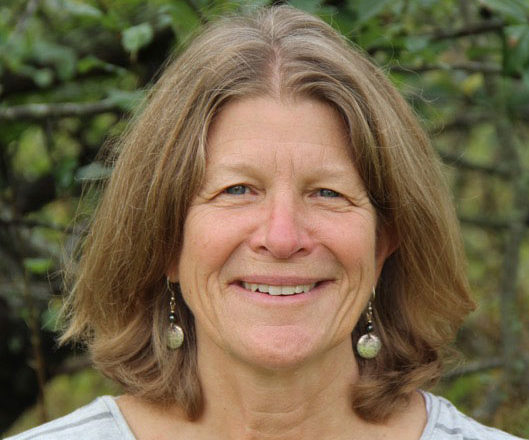 When Ann Heyse moved to Baileys Harbor in 2015, it took only a few weeks before she found herself in a weeklong poetry workshop at Bjӧrklunden. In fewer than six months, she had joined a book club of committed readers, a poetry critique group and the board of Write On, Door County.

By her second winter, she had taught a How to Write a Memoir class for mostly senior residents, as well as a How to Write a College Admissions Essay course for high school students. She also wrote, self-published and promoted a successful children’s picture book, Good Morning, Door County, and followed it two years later with Good Night, Door County.

Heyse has contributed to poetry journals, worked on a novel and helped the new writing center of Write On, Door County to become a reality. She has also contributed to the Door County literary movement by forming Sand Beach Press, a small publishing company that has now helped seven authors to see their book projects realized in print.

Heyse’s first collection of poems, Drink in Sweet Rain, is expected to be released in mid-April and can be preordered at sandbeachpress.com.

I wish I had a writing routine! I admire writers who do have writing routines. All it takes for me to write, though, is an intentionality to sit down and think about the profound in the ordinary. Glory happens all around us all day long, and when I do sit down and pause – when I give myself license to reflect on the people or places or issues around me – it’s usually not hard to find words to put down on a page.

Forced rhymes. Too many people mistakenly think that poems aren’t poems unless they rhyme, so there are thousands of words stuck at the ends of bad lines of poetry for no other reason than to rhyme with the line before.

Beautiful words that fit together in just the right way so that the words are not only music, but also a blast of wind that blows open a door to reveal something we had not seen before.

What good are words if we can’t understand them? I am all for analyzing deeper meanings in poems that have multiple layers, but really, how many people want to do that? A first reading of a poem should be good for a reader. A second reading should be better. But if it takes three or four times through to understand a poem, that’s just too much to ask of a reader.

Underland by Robert McFarlane. It’s beautiful. Anyone who loves nature and words will love anything McFarlane writes.

As might be expected of a Door County poet, Heyse writes nature poems about land and water, swimming in Lake Michigan and stone walls that line her property.

Antecedents
n.: a thing or event that existed before

The stone wall out my back window that marks our land is beautiful
but also a testament to toil.

Did some gruff farmer make his young child haul those rocks each spring to the edge?
Did ice, barely thawing, turn small fingers blue
or was it the wife, young perhaps, complying
when he told her in grunts that it needed to be done?

When I pick apples off this ground, I am reminded that someone
planted these gnarly trees
walked in this exact place with a rake, with a limp, with a scowl.
Why can’t I think of him as handsome or kind?

I have looked but find no remains of a cabin.

The first year we lived here, rhubarb leaves emerged.
And off, way in the corner, a shrub bloomed, rose pink.
It did not grow wild, must have been planted.

Were they like the winters here
silent gray cold pained
or were they fine, glad to wait for the colors of spring?

I’d like the rocks on this wall to cry out, to tell me.

Heyse also writes of relationships: the vulnerabilities and comforts.

Before, in another kind of life
we daily left each other, flying out
to peck for food
build nests
ride thermals

Now, I begin my day
with coffee. You put in cream for me
but leave the spoon
so I can add
the right amount of sugar

The news on the radio is not good.
Like old chickens we cluck
dithering about the future

There are two chairs here, and side by side we
watch the birds come to the feeder:
bunting, grosbeak, nuthatch.
In winter, when
the sunrise comes so late
we linger.

It is soft luxury to wait.

On Learning That the Words “Crisis” and “Sift” Are Related

I picture my mother’s hands and the silver, mesh sieve.

She was not a meticulous cook, but occasionally
she took the time to sift flour.
Big lumps remained, could not pass through.
That’s the point, she told me.
Only that which is willing to be broken down
gets through.

Heartbreak, infection, isolation: they sift us.
What matters
falls
in.

On a walk, I see a neighbor.
Hungry to hear each other speak, we discuss books
at a six-foot distance.
Our children call.
In the afternoons, I drive out to see birch trees,
fields in thaw, and ice breaking up in the harbor.
The gulls have returned.
While my husband reads the recipe to me, I mix scones.
We laugh when the blueberries spill.
I memorize Psalms. He plays guitar. I read.

What is unexpected, however, are the poems that take us to faraway places and give voice to people who live far from here. Heyse’s travels at a young age marked her with a social consciousness, and that thread of empathy runs unmistakably through all of her poetry.

Goldfinches have been here for weeks
but they have turned suddenly yellow.
They glint in the morning sun.
With our oranges we have invited in orioles
and they come close to our windows, color flashing.
We were hoping bluebirds would inhabit
the vacant houses we have put up, and they have.
They splash in the nearby birdbath
preening their blue.
It is a hymn: red of hummingbird breast and crystalline
of their wings, tawn of towhee
and oh, the amen of indigo.

I read, today, of a man in a park who also delights
in the flapping of wings.
His color, though,
brings fear to a woman not taken with wonder.