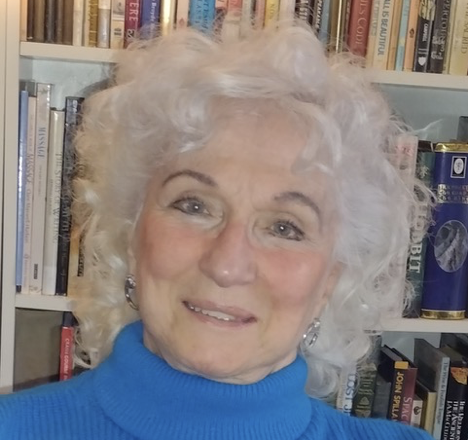 Doris Bezio has been writing for most of her life and remembers passing poems to her friends in high school. Beginning as an avid reader, she discovered the wondrous joy of books at the same time she was discovering the world of art.

Her first poetry teacher was Laurel Mills at UW-Oshkosh. Bezio has since attended weeklong writers’ conferences at Illinois Wesleyan University and Wheaton College and enjoyed classes at The Clearing in Ellison Bay and the Rhinelander School of the Arts with Ellen Kort, a major influence.

Bezio has belonged to a book club for the past 20 years, and to Sandra Shackelford’s Writers’ Circle, in which work is shared weekly. These groups, as well as friendships with other poets and writers, have been a great source of inspiration.

Now retired from Bellin Hospital in Green Bay, Bezio enjoys the freedom to pursue her writing further and is working on a novel to be completed early next year.

I don’t have a definite routine other than allowing myself quiet, meditative time to walk, read or listen to peaceful music.

For inspiration, I have a drawer full of poetry attempts, pieces of paper with phrases that I scribbled down while driving or walking, and sometimes I go through these, and occasionally something works itself into a poem. I read a poem or two each day.

Poorly written poetry simply means the poet is on a learning path, as we all are. I don’t judge the attempts of others at self-expression because we’re all in different places on the path.

Poems that appeal to me are poems that make you think. They can be painful, humorous, rhyming, free verse or any of the other forms poets use, but they offer wisdom and insight in quiet, subtle ways.

I think poetry is to be enjoyed and savored, not solved. If poems have deeper meanings and these are understood, wonderful. There are many good poets out there, writing in different styles and for many reasons. Just like other forms of art, there are some that will inspire us – maybe even change our lives – [and] some that won’t appeal to us at all.

What book are you reading now?

Some novels read like beautiful poetry. I have bookcases lining my walls because if I love a book, I want to own it to reread or to share. I’ve recently read Anthony Doerr’s All the Light We Cannot See and Muriel Barbery’s The Elegance of the Hedgehog. Beautiful stories!

I’m currently reading a nonfiction book, There Is Nothing for You Here by Fiona Hill. When I became aware that this brilliant woman wrote a book, I felt I had to read it.