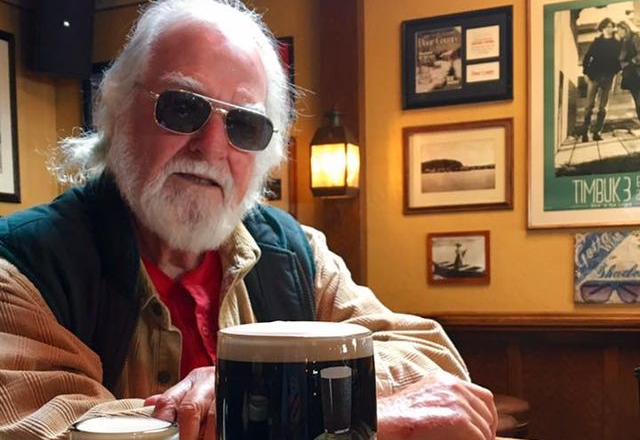 John Patrick Redell retired in Sister Bay a couple of decades ago after working in construction as a surveyor, engineer and supervisor in various places around the United States. Poetry is his way of solving other, more important problems.

He had not shared his poems widely until he came to Door County, but now he’s a regular contributor to the Dickinson Poetry Series, a participant in local writing groups and a published poet. Although he’s known in Northern Door for his haiku, he writes in many forms, usually with a philosophical angle. His friends find his work positively classy.

Whenever the mood strikes. Prompts, things overheard, things read, and best of all, imagination. I don’t know what I would do without it. Candlelight and a drink nearby help. Most of all, solitude.

Things I lose interest in. But I don’t think I’m overly critical. People have different ways of looking at things; I want the same freedom.

Things I can reread. That stoke my own imagination. I have no problems stealing images from others that I like. Many writers steal from each other but don’t admit it. I admit it. Hell, I’m a former construction guy. I ain’t got no class.

No. Sharing an imagination that can be understood is all that is necessary. And even if not understood, so what?

Shattered Diary by Benjamin E. Lacy. He sent it to me years ago after he had attended a Dickinson Poetry session and said he liked what I had read. I came upon it after reading the stack of books on top of it. This is a nice problem to have. It’s about gory murders. Some interestingly disgusting imaginative stuff here. Hey, I’m done with Dick and Jane.