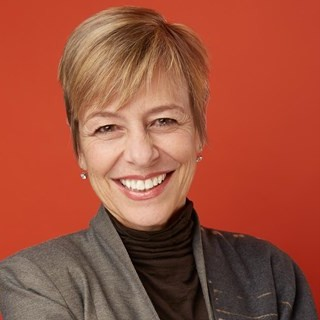 Hilary Pennington, executive VP of programs for the Ford Foundation, will be the keynote speaker at the 12th annual Celebrate Women! Photo submitted.

Hilary Pennington, the executive VP of programs for the Ford Foundation, will be the keynote speaker at the 12th annual Celebrate Women! Luncheon to support the Women’s Fund of Door County.

Pennington oversees all of the Ford Foundation’s programs globally to ensure strategic, meaningful and well-aligned global grantmaking, and she’s an expert on postsecondary education and intergenerational change.

Pennington said she’s excited for the opportunity to talk to a local audience about the three things she’s most passionate about – women’s leadership, philanthropy, and Door County.

“Women’s groups are one of the most innovative and exciting things happening in philanthropy right now,” she said. “I’ll be talking a bit about what is happening, why it’s happening, and the innovations these groups have the chance to lead on.”

Pennington is moved by the personal nature of giving that occurs through the women’s fund.

“These are not Melinda Gateses, but they are people taking their own resources of money and time and committing them to make their own community better,” she said.

As the county emerges from the pandemic, it comes out different than it was before, Pennington said, in some ways better than others.

“In Door County, it’s such a moment of opportunity. On one hand it’s struggling to come back from COVID, but on the other hand a huge number of people are coming here. How can the women’s fund tap into that energy for the county and the real needs the county has? This is a moment to imagine the kind of future it wants. A lot of those people are either young people who have a ton of imagination. Or they are people who are incredibly wealthy who can do a lot.”

Pennington’s connection to the county can be traced back ot her mother, who visited from St. Louis in 1936 and camped in Peninsula State Park. The family returned every summer, eventually buying a home in Juddville in 1978. Pennington returns every summer.

“The physical beauty brings us back,” she said. “That Door County has kept a character that makes you pay attention to the land. There’s no Starbucks, unless you count the one in Target. There’s not as much 21st century entertainment to do. It feels like a place of benevolence and grace. I feel like it’s really a magical place.”

Between 2006 and 2012, Pennington served as director of education, postsecondary success and special initiatives at the Bill and Melinda Gates Foundation, where she guided grant programs nationally and worldwide. Before joining the Gates Foundation, Pennington was a senior fellow at the Center for American Progress, as well as the president and CEO of Jobs for the Future, a research and policy-development organization that she co-founded.

The luncheon will take place Wednesday, Aug. 4, 11:30 am, at Stone Harbor Resort in Sturgeon Bay. Tickets are on sale through Wednesday, July 28, at womensfunddoorcounty.org.

RELATED FROM 2013: Where are the women in local government?