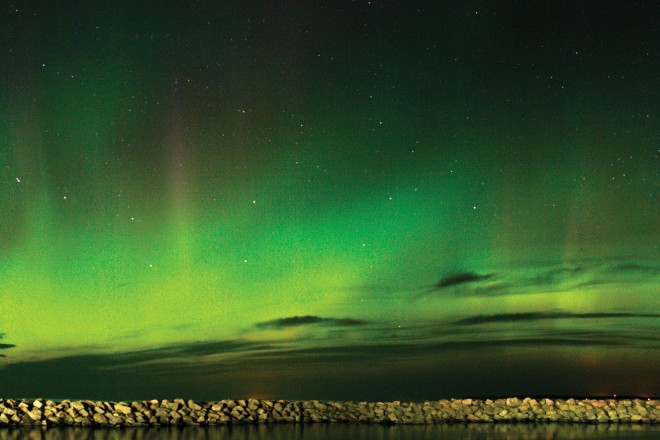 performances for one to participate in, but if you are looking for a unique experience this summer look to the sky in August and nature will put on amazing performance — the Perseid Meteor Shower. The Perseid Meteor Shower begins very gently in mid-July with just a few meteors each night and builds to its peak on August 12th. During the shower, the meteors appear to originate from a point within the constellation Perseus. If you look toward Perseus in the northeastern sky on August 12th from 2 am until dawn you will have the opportunity to see as many as 40 to 60 meteors per hour.

If you are unable to stay awake for the show on August 12th, you can catch a few shooting stars on August 11th around 9 or 10 pm. You can also join the Door Peninsula Astronomical Society to observe the showers on August 14th at Newport State Park. The number of meteors and degree of visibility varies from year to year, but this year it is anticipated to be particularly good year. So, if you are looking for a unique performance this summer find a comfortable lawn chair, point it in the direction of the northeastern sky, and enjoy nature’s show.