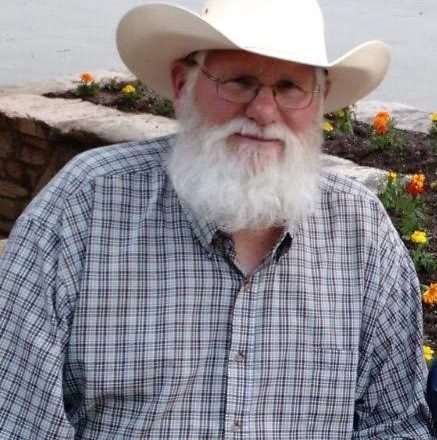 The minister giving the eulogy had been at hundreds of funerals and said
he had never seen anything quite like this: The church in Sturgeon Bay was overflowing with people for the memorial service that Saturday morning. It was even more amazing because some folks had already come by to pay their respects at the visitation the night before. Many called him “Uncle” Tony. Others knew him as Santa Claus. Whatever you called him, it seemed as if everyone in town knew him.

Tony Haen died on April 9, 2019, in his 64th year of life. By most of the materialistic measures we use to gauge success, his was an ordinary life. Yet our response to losing him demonstrated that there was something quite extraordinary about his existence.

The bestselling author and New York Times columnist David Brooks writes about the difference between “résumé virtues” and “eulogy virtues.” Tony’s résumé listed him as a skilled carpenter, a reasonably successful businessman who owned a small construction company that bore his name, and a respected builder and remodeler of homes. Yet few, if any, of the funeral guests were there because of his professional accomplishments.

Eulogy virtues are those things for which you will be known and remembered. They’re the virtues that are central to your being. We know that eulogy virtues are among the most important things in life, yet most of us pay little attention to them. Instead, we make plans for our career and strategies to maximize our professional success. Sadly, we expend little energy thinking about how to improve our character. After the funeral service, a giant potluck was held in the church’s fellowship hall. It was potluck because Tony’s family said that’s what he loved. Yet when the meal was over and people were invited to tell stories about Tony, we realized he loved so much more.

The first stories were playful. Like the time he gave his future son-in-law handcuffs at the wedding rehearsal. How his long, white beard and easy smile made him the perfect Santa Claus. Or the countless practical jokes he pulled on his family and friends. Undoubtedly some people were there because of the joy this man brought into the world.

But it didn’t take long before the stories began to turn more serious, and what made Tony extraordinary became clear. His niece told a story about hitting a patch of black ice and sliding off the road. She called Uncle Tony, and he came. A friend’s wife said that her son had locked himself in his room while his father was away, so Tony took over a ladder, climbed up to the second-story window and had a chat with the young man. Some friends were awakened to find that their lamb had been hit in the face with porcupine quills. Tony drove over in the middle of the night and tended to the animal.

Yet as Brooks notes, the true value of freedom is not being free from attachments and obligations. At its best, freedom allows you to attach yourself to those things that are most important to you. It’s the freedom to accept an obligation.

This is the freedom to put down roots. To plant a flag in the ground. To say, “This is my home. Warts and all, this is my home. I’m going to make it better for all of us who live here.”

When we deeply commit ourselves, this kind of freedom ceases to be a burden. When we serve someone or something we love, it’s as if we’re serving a part of ourselves. Accepting responsibility for others does not weigh us down; it gives our life meaning and purpose.

In his book The Second Mountain, Brooks writes, “Moral formation is not individual; it is relational. Character is not something you build sitting in a room thinking about the difference between right and wrong and about your own willpower. Character emerges from our commitments.”

Tony Haen’s commitments remind us of one of the beautiful truths of living a good life: You have to give yourself away to get everything back.

Bret Bicoy is the president and CEO of the Door County Community Foundation. Contact him at [email protected].