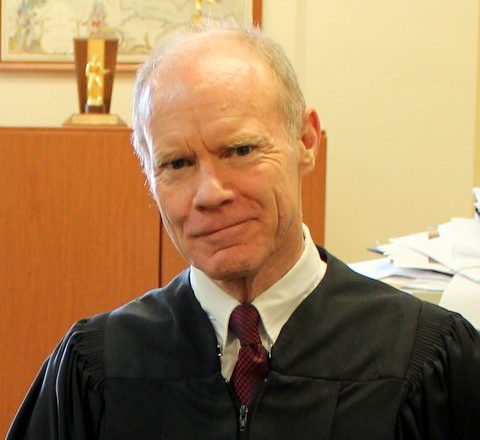 Like many other people, Peter Diltz’s introduction to Door County began as a vacation destination.

“We were from a Chicago suburb. In 1958 our Door County connection started when my dad bought three cottages in Sister Bay,” he said. “My family started coming up here every summer.”

Like many other vacationers, Diltz fell in love with Door County.

“In 1968 I went to Madison to go to grad school and started spending a lot more time in Door County,” he said. “I just absolutely loved it and determined that’s where I wanted to live.”

And that is where Peter Diltz differs from most others who fantasize about living in Door County – he made it happen in a meaningful way. 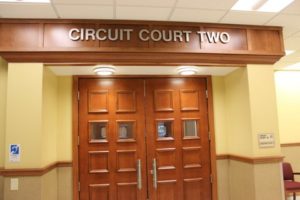 On May 11, 2016, Diltz retired from a more than 40-year legal career in Door County, including 18 years as family court commissioner and 22 years as the judge in Circuit Court 2.

All of that began with his young man’s desire to live in Door County.

“That was my goal,” he said. “When I graduated in 1972, we had the diploma privilege. You didn’t have to take a bar exam. You graduated and you were admitted to the bar, and that same week you could practice.”

So he opened a law office in Sister Bay.

“I didn’t enjoy it that much,” he said. “I loved the law, but I didn’t like the idea of practicing so much. I wasn’t good at the economics of it, getting paid.”

But he did enjoy the people who came to him as a legal advocate, which only increased his desire to remain in the county. In 1976 the county’s family court commissioner position opened up and Diltz won the job.

“I’m certain in elections later on I insinuated I had gotten the job through some sort of merit, but we bid on it and I was the low bidder,” he said. 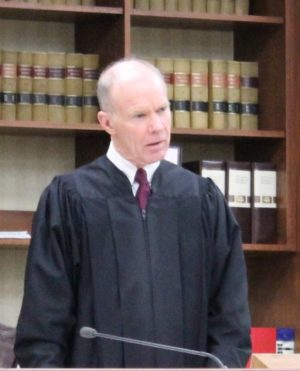 At the time Door County had only one circuit court judge, and it was Judge Edwin Stephen (who served 1968-1988).

“Judge Stephen came up to me and said let’s give it a try for six months,” Diltz said.

That six months turned into 18 years, but just getting the job at the time gave Diltz confidence in his goal to make his home in Door County.

“It did a number of things,” he said. “First of all, it was a steady income. I was sure I would be able to stay in Door County and practice law at some level. By being concentrated on family law, it allowed me to develop over the years, focusing on one area, a degree of expertise. That gave me a lot more confidence in my legal abilities.”

It also convinced him that he had found the right way to use those legal abilities.

“It made me realize I was much more comfortable making decisions, hearing both sides of an argument or dispute and deciding it, rather than being an advocate. I felt I was better at it. I never felt I was that good at being an advocate because I could always see the other side. To me, this felt comfortable, being a decision maker. It seemed like a clean process. I enjoyed that.”

It is not surprising to hear Diltz say that he holds a special place in his heart for family law.

“I’ve had fellow judges who said the hardest area is family law. I’ve always enjoyed family law,” he said. “I think a lot of people don’t like it because good people become their most irrational going through a divorce. You get to know the families pretty well. If you don’t like interacting with people and don’t want to be in the midst of that, to see if you can resolve it in a way that makes everybody happy and is best for everyone, especially the children, well, I’d prefer to be a part of it.”

Twelve years into being family court commissioner, Diltz decided to make a run for judge when Judge Stephen retired in 1988.

“A bunch of us ran and I ended up coming in second,” he said. “With a one-judge county, you think, these opportunities don’t come up very much.”

John Koehn won the election. “Judge Koehn was gracious enough to keep me on as family court commissioner and actually expanded my duties because the weighted caseload was going up,” Diltz said.

A weighted caseload is a system of measuring just how much work a court is dealing with. Door County’s caseload had grown beyond the abilities of one judge. Luckily, former Wisconsin Assemblyman and 8th District U.S. Congressman Harold Froehlich was serving as chief judge of the northeast region that includes Door County. 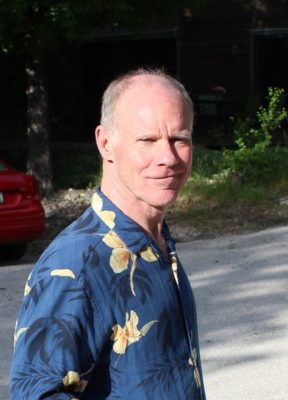 “Harold Froehlich knew how to get things done, having been a legislator and a judge,” Diltz said. “He got a resolution from the county board and all of a sudden Door County is getting a second judge. I had been prepared to focus on being a full-time court commissioner.”

But the prospect of decision-making on a much broader scale in all different types of law appealed to Diltz, so he ran and in 1994 was elected to become the first judge of the newly created Door County Circuit Court 2. He quickly learned that he enjoyed being a judicial generalist rather than a specialist, and mentions that he feels sorry for circuit court judges in Milwaukee who are rotated every two years to a different court.

“For two years they might be in felony drug court. That’s all they do. Then they rotate out of that and might be in family law for two years or small claims cases,” Diltz said. “That would drive me crazy, doing the same thing. In that sense, we are very lucky. We do everything. We do traffic. We do juvenile. We do homicides. We do family law, mental and alcohol commitments. Civil law itself is the gamut of different cases that can come in.”

He said that was a bit daunting at first.

“You get elected by telling everybody how good you are, then you find yourself in these areas that you haven’t spent much time with. There’s a big learning curve, but once you get comfortable in it, the payback is you get diversity,” he said. “That keeps it from getting stale.”

Diltz said he was also motivated by the people who elected him.

“I think of people who worked so hard to get me elected. I never wanted any of those people to say, ‘Geez, I made a mistake.’ You never wanted to let those people down,” he said. “It even goes further than that. Door County is such a wonderful place and the people are so good, even people who did not support me would come up, gratuitously, they didn’t need to do that, but would come up to you in the street to say, ‘You’re doing a good job. I just wanted to tell you that.’ You don’t get that in other counties.

“It’s my bias, but I think Door County is somewhat unique when you combine being able to do for 22 years a job that you love, doing work that is fulfilling, that in some small way you can impact people’s lives and you do it in a place like Door County.”

Diltz said he’s been at conferences where he’s heard from judges who seem envious that he is working in a place as beautiful as Door County.

“Door County is a beautiful place, but a lot of times they don’t know the people,” he said. “You have to spend some time here to realize there’s more that’s unique about Door County. I can’t tell you how supportive the people have been. It’s very gratifying.”

So what’s in store for the next chapter in Peter Diltz’s life?

“I’m going to be 71 next month. I would prefer to have more time. It’s OK to be busy a good deal of your life, but I’ve reached the stage where, in fact, I got tired of running into people in stores or in the community, I haven’t seen them in 15 years, and I’m looking at my watch because I’ve got to get home and read that one last brief. All of which I enjoyed, but enough’s enough. It was just a matter of slowing down and being able to take time for people. At some stage in your life, maybe it’s time to look at some things that are equally, if not more, important.

“I’m just going to take it easy,” he continued. “We’d probably do a little bit more traveling but my wife, Kathy, has a 36-year-old horse in our backyard. She convinced me that she needs two miniature horses to keep him company. And we have two shelties. It impacts our ability to do a lot of traveling. I’m just looking forward to the opportunity to be able to do things and be able to enjoy Door County more. I love to kayak. Seems like I’ve been doing it less and less the last two or three years. I want to ramp that back up. Do a little more boating, and just see our friends more. It all gets back to having more free time.”