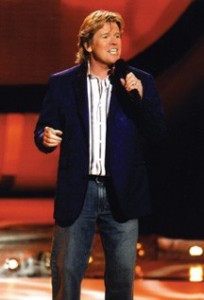 The Door Community Auditorium (DCA) will kick off the 20th Anniversary 2011 Main Stage Season with Herman’s Hermits Starring Peter Noone on June 17 at 8 pm.

A performer who has been delighting audiences worldwide since he burst onto the scene as a teen heartthrob in the ‘60s, Noone is a singer, songwriter and inveterate performer. Originally known as “Herman” of the British pop/rock band Herman’s Hermits, Noone popularized such songs as “I’m Into Something Good” and “Mrs. Brown, You’ve Got a Lovely Daughter.” The band rivaled the Beatles on the American charts and was the top-selling pop act in the country in 1965, eventually selling over 60 million records.

Noone’s career has extended far beyond Herman’s Hermits. In addition to hundreds of top-rated television appearances with such luminaries as Ed Sullivan and Jackie Gleason, Noone’s credits also include stage and film appearances.

DCA’s 20th Anniversary performance of Herman’s Hermits Starring Peter Noone is made possible in part by The Cordon Family Foundation and Made in Britain.