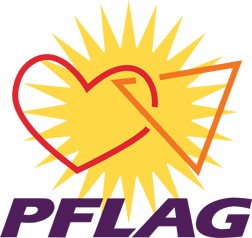 This Oct. 11 marks the 25th anniversary of the 1987 National March on Washington for Lesbian and Gay Rights and the 24th celebration of National Coming Out Day, an event created to celebrate and raise awareness of the lesbian, gay, bisexual, and transgender (LGBT) community.

“I would like to emphasize the importance of coming out,” says Sandy Brown of PFLAG Door County, a local chapter of the national group that provides support and education for LGBT individuals and their loved ones. “A lot of people say, ‘I don’t care what people do in their bedrooms, and it’s not my business.’ But it’s way more than that that we’re talking about.”

Brown points to CNN correspondent Anderson Cooper’s recent coming out, and the rationale behind it, as an example of how and why coming out can make a difference.

“[Cooper] said that as long as we have inequalities, it’s important for people to come out. Visibility is the only way we can get to acceptance,” says Brown. “Gay and lesbian youth are three times more likely to attempt suicide. Transgendered youth are 50 percent more likely to attempt suicide. There’s rejection in their homes, there’s their own self-hatred or concern about who they are and how they fit into society, and then bullying is huge. So I think it’s for those kids…it’s kind of a real-life example of it gets better.”

Brown, who is a lesbian herself, says that when she approached her college counselor in 1967 with thoughts that she might be gay, being gay was still classified as a mental illness by psychologists.

“Certainly there’s a lot more acceptance now,” says Brown. “It was really in 1993 when President Clinton started talking about homosexuality, mainly through Don’t Ask Don’t Tell and the Defense of Marriage Act – and he signed [those] – but at least it got it out there for discussions.”

Brown says that President Obama’s support for marriage equality is a huge step forward for the LGBT community, but there are still large strides to be made towards full acceptance and equality.

“The more people who know somebody who is gay or lesbian, the more people realize the effects of the laws. Most of the states have laws against marriage equality; most of the states have laws that say you can be fired just because you’re gay,” says Brown, who notes that Wisconsin has specific anti-discrimination laws to protect gay, but not transgendered, individuals in the workplace and at schools. “I’m retired now so I don’t have to worry about that, but it is a constant worry.”

PFLAG Door County has meetings on the third Sunday of every month at Hope Church in Sturgeon Bay where parents, families, and friends of LGBT individuals, as well as LGBT individuals themselves, can come together and support each other. The organization also offers more informal support for those who, for whatever reason, don’t want to attend a meeting.

“We have brochures for parents and families, and we have lots of parents available to talk to other parents and even have coffee rather than come to a meeting,” says Brown.

PFLAG Door County will hold their Annual Meeting and Potluck at 5 pm on Oct. 21 at Hope Church, 12th and Michigan St., Sturgeon Bay. Those wishing to contact PFLAG Door County can call 920.421.8815 or email [email protected].