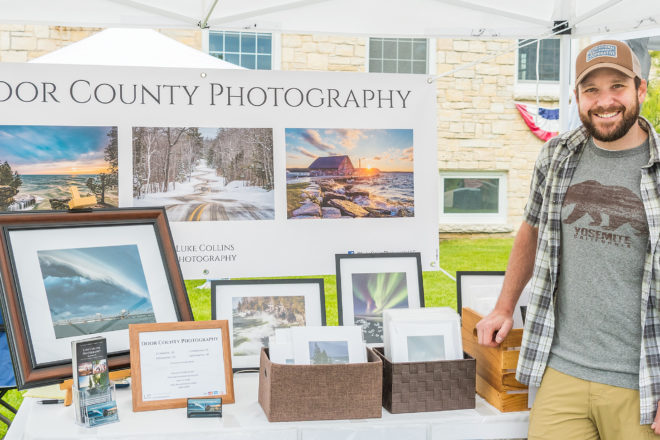 Photographer Luke Collins is in a position he never thought he’d be in, and a good one at that. This Sturgeon Bay native has turned what started as a simple interest into a hobby, and even further, into a business.

Before his photography journey, Collins went to college in search of a business degree and graduated from the University of Minnesota. He decided to stick around in Minneapolis until moving back to Door County 10 years later, around 2011. He secured a job at C&S Manufacturing and continues to work there today.

Growing up, Collins had an interest in photography, but never pursued it seriously. Sure, he’d bring a disposable camera along on vacations, but he didn’t really think of photography as a hobby until after he had already graduated from college.

It began when he started taking pictures on his phone and fidgeting with editing apps. Eventually, he felt inclined to purchase a real camera, and soon realized how much he really enjoyed taking pictures and spending time outside. It was a culmination of these things that made him fall in love with photography.

After buying his camera, he started learning as much as he could about how to use it by mostly teaching himself. It took a few books, and a lot of hours on YouTube. He attended a couple different conferences and workshops, too. He’s still learning though, he said, and will attend classes at a conference in a couple weeks.

His work has certainly paid off, because Collins has become a recognized photographer, and not only around Door County (though he’s done incredible work with the county’s landscapes). He’s been around the world and back covering much of nature’s breathtaking scenery.

Landscape photography and getting to travel, whether alone or with his wife Sally, is what he enjoys most about being a photographer. He’s travelled across the globe to places like Iceland, England, Germany and France to capture anything from auroras to castles to beaches. 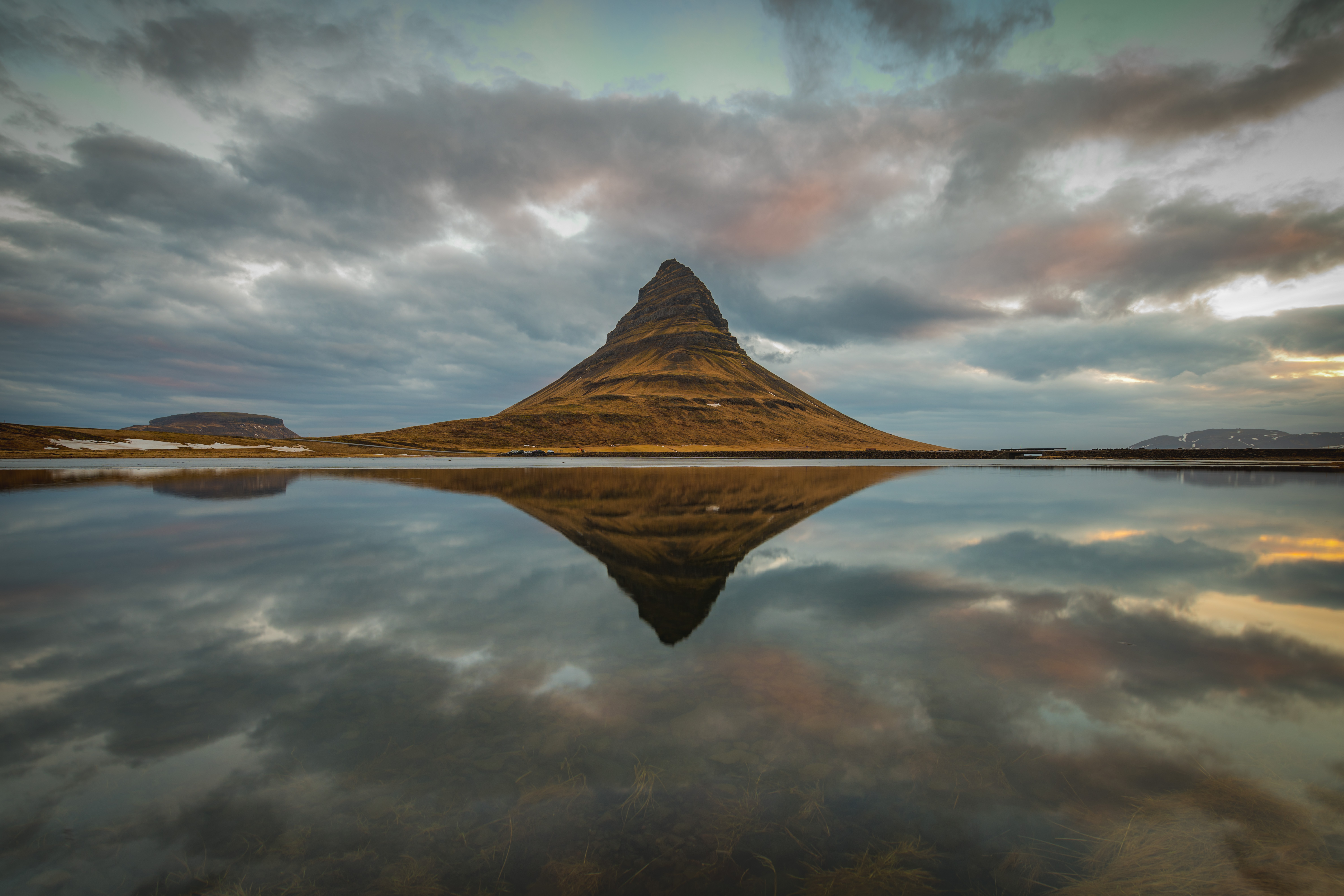 He’s found favorites at home too, in the Western United States. He really likes mountains, he said, and you can tell by looking at his Instagram — it’s teeming with scenes from national parks like the Grand Tetons, Yellowstone and the Rockies. 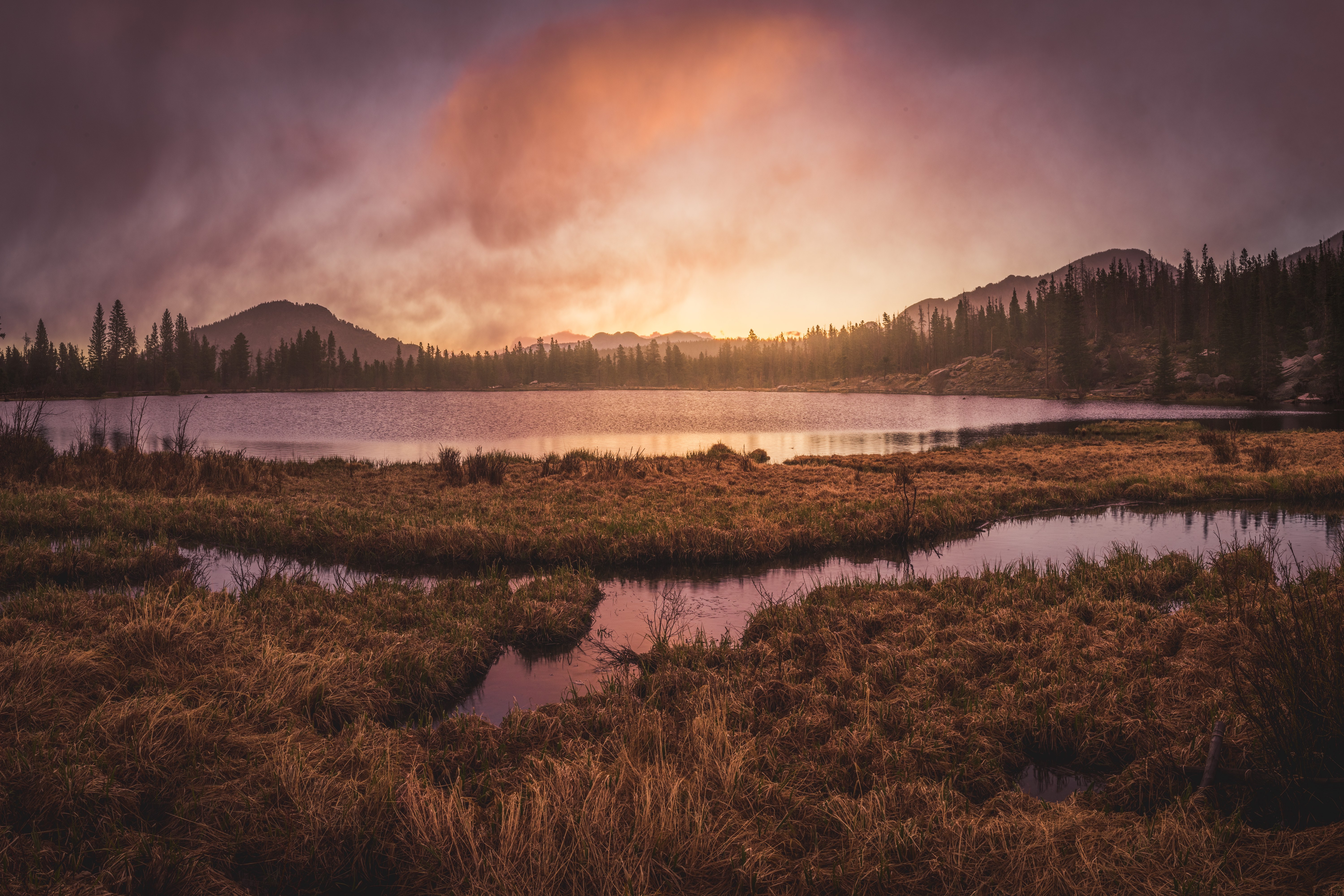 “Being in all these beautiful places and being able to capture the beauty is what still keeps me going,” Collins said.

To get the perfect shot, you sometimes have to put yourself in precarious situations. Collins has walked alone through Yellowstone on trails known to have bears. He also got bad altitude sickness in Colorado. His Instagram revealed that he even lost a phone to the ocean after getting too close to the water for a photo. For the most part though, he tries to be cautious.

It’s all worth it though because Collins has been able to share his work with people and has been able to turn that into a business. He’s gone from just sharing with people to working right with them doing photo sessions and shooting weddings. Capturing those special moments for people is a fun, new part of his business, he said.

He’s gotten especially close to the residents of Door County through those things, and also through setting up shop at the Baileys Harbor farmers markets. He’s had fun sharing stories with people interested in his travels, and even talks to others with photography interests of their own.

The people of Door County aren’t the only ones interested in his work. He’s been awarded countless “photos of the day” and even won third place in a photo contest with The Weather Channel. National Geographic has also recognized his work, which is a pretty big deal as a landscape photographer, he said. He was featured on the Daily Dozen and got an editor’s pick for his photo of bison crossing a river called, “The Crossing.” 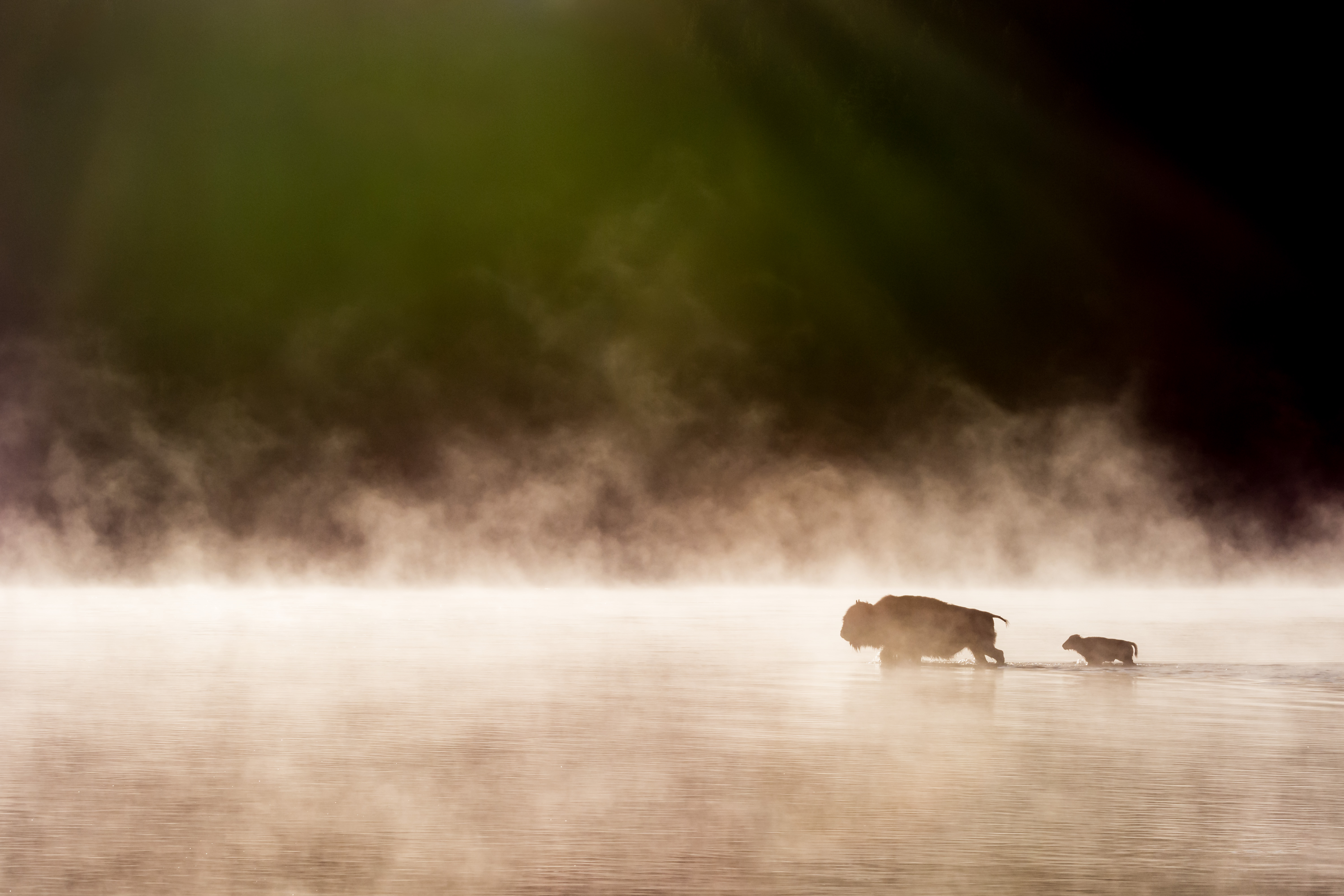 “The Crossing” by Luke Collins.

“It’s pretty special to be noticed by your peers,” Collins said.

In the end, Collins has come a long way from learning how to use a camera, to selling his first print at the farmers market to running a photography business. He has a long-term goal of opening a gallery in Door County someday. For now, he hopes to keep learning and growing his business.

“For it to turn into a business, that’s kinda neat.”