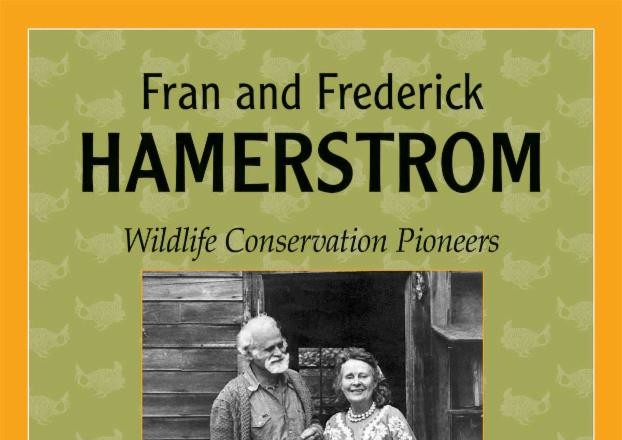 At the turn of the 20th Century, wildlife conservation was not on the minds of many. Enter Fran and Frederick Hamerstrom who devoted their lives to studying and preserving Wisconsin’s habitat, while also mentoring future scientists. Their area of expertise wasn’t big cats or exotic Amazon critters. It was a rather overlooked and humble species, one that is more representative of Wisconsin’s character: the greater prairie chicken.

As students of the famous Wisconsin naturalist Aldo Leopold, they helped establish new ways for humans to think about habitat conservation. Frederick was a thoughtful man who loved to study and conduct research. Fran was a determined woman who spent her life challenging traditional gender roles; she was Leopold’s only female student. Together, Fran and Frederick spent more than 30 years mentoring many future scientists and working to save the greater prairie chicken, and other animals like harriers and eagles, from extinction at a time when wildlife preservation was rarely practiced and a time when women were rarely scientists.

Many species benefited from their groundbreaking work in wildlife preservation, and the still-threatened greater prairie chicken – a beautiful bird that lives primarily in central Wisconsin – might have disappeared completely if not for the tireless work of Hamerstroms.

For more information or to purchase the book visit wisconsinhistory.org/shop.