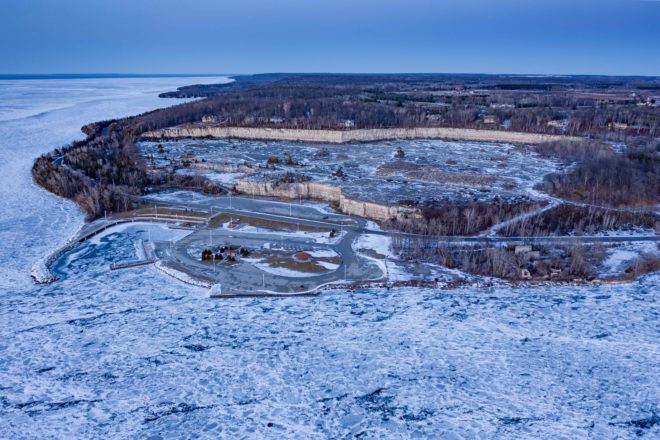 The Sevastopol Plan Commission will take up the controversial proposal for a 117-unit RV village during its Jan. 14 meeting, which will begin at 5 pm and include time to take public comments.

Developers Mike Parent and Tom Goelz have proposed the project for 52 acres at the old stone-quarry location across from George K. Pinney County Park on Bay Shore Drive, about four miles north of Sturgeon Bay in the Town of Sevastopol. Margaret Dreutzer of Sturgeon Bay owns the property.

Parent has described the proposal as a subdivision for enthusiasts of high-end motor coaches.

The town is governed by county zoning, which puts the application under the review of the Door County Land Use Services Department. The property is zoned Recreational Commercial. The plan commission will make a recommendation to the town board; that recommendation will then be forwarded to the Door County Resource Planning Committee to take into account when it reviews the application. The town and county have received scores of letters against the proposal, citing water-quality and traffic concerns with the development.

The old stone quarry was once the site of the Leathem Smith quarry, the county’s largest, which operated until 1944 but has not been used since.