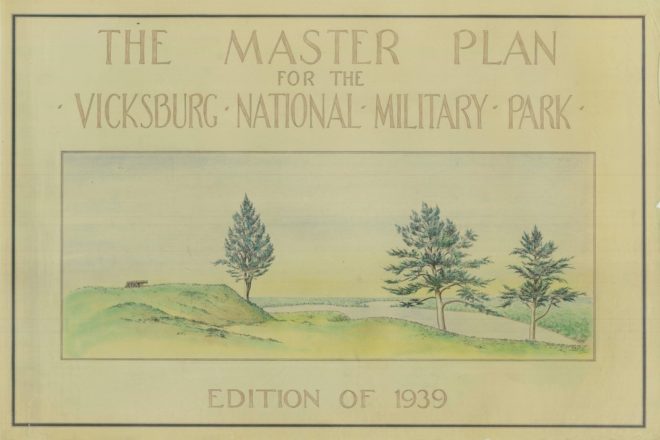 During the 1930s, a series of acts and executive orders expanded the reach of the National Park Service and planning began to develop many of these national park areas. The NPS’s Branch of Plans and Design began creating master plans that showed proposed developments of areas of the parks. These master plans included both a textual descriptive statement and a set of maps and drawings showing the proposed developments.

Plans exist for some of the most popular national parks that had been created by the 1930s, including the Grand Canyon, Yellowstone, Yosemite, the Great Smokey Mountains and Shenandoah. 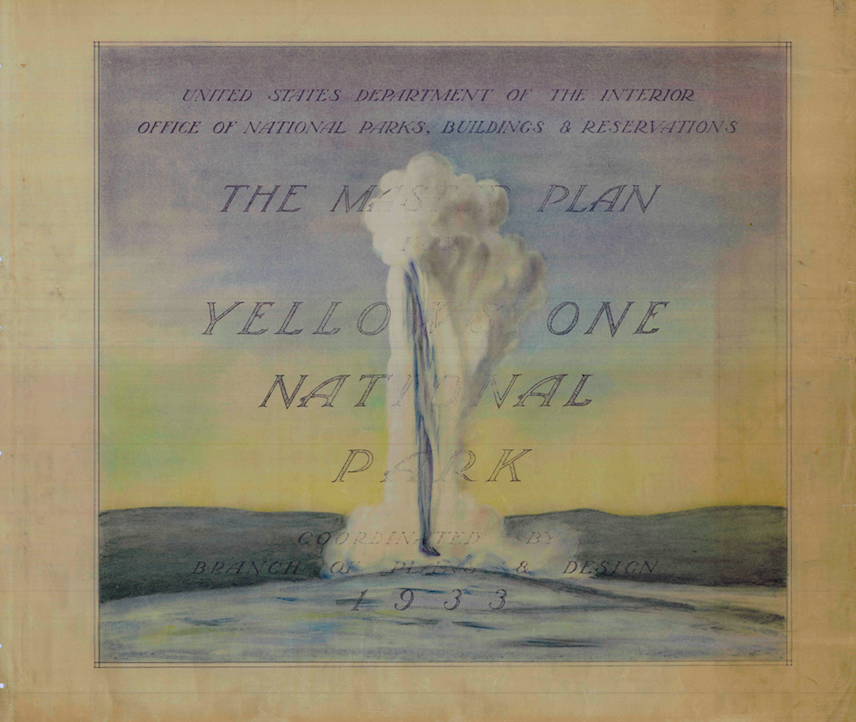 Plans also exist for many notable historical parks, including Civil War battlefields like Gettysburg, Fredericksburg and Spotsylvania, Vicksburg, and Antietam, along with other historical sites like Fort McHenry, Abraham Lincoln Birthplace and Colonial National Historical Park. Many smaller and lesser known parks also have plans within this series. Plans also exist for parks that have since changed names or become parts of other national parks.

Master Plan sets typically consist of a decorative cover, an index, and various plans relating to the existing and proposed developments within a park. The covers are often very artistic, featuring drawings and photographs that are often hand colored.

While the covers are often the visual highlight of the plans, the sets of plans also contain valuable information about the development of our national parks. The plans include both existing developments and proposed roads, trails and facilities. Most plan sets include maps showing roads and parking areas designed to allow visitors to easily access points of interest by car. The plan sets also typically include maps showing hiking or walking trails, which are common elements in both natural and historical parks.

Master plan sets also include items relating to the physical landscape. Plan sets include maps showing land cover and vegetation, reforestation efforts, and fire control plans. Many of the sets also include topographic or landform maps.

Plans for cultural or historical parks also often include photos of historic structures or maps showing troop positions and earthworks on battlefields.

The plan sets date from 1931 until 1941. Many parks have multiple editions of plans. Some have plans for almost every year, while other parks may only have one edition of plans. Each edition can show changes to the master plan for a park. Sometimes, the covers changed along with the plans for facilities and infrastructure.

Other special media branches also hold records on the National Park Service. You never know what you might discover.

Brandi Oswald is an archivist with the Cartographic Branch of the National Archives and Records Administration. She holds her MA in Public History from West Virginia University and her BA in History and Anthropology from Heidelberg University (Ohio).