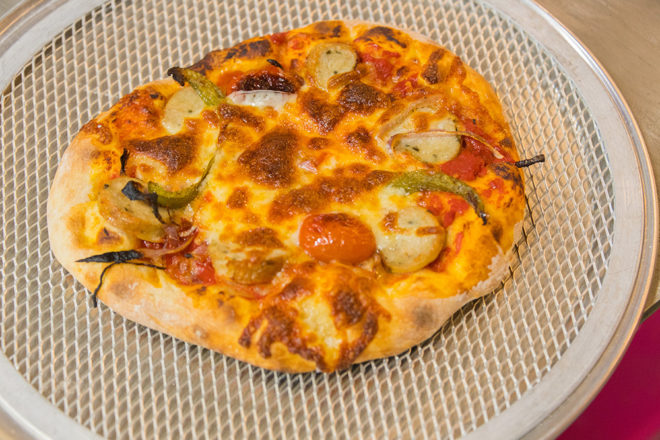 Pizza as we know it has been an ever-evolving consumable since the beginning of time, starting off as flatbread in the north Mediterranean region, including modern-day Greece, Italy and Southern France.

Pizza started by incorporating simple ingredients such as garlic, onion and herbs and eventually included a tomato base sauce and cheese. It has gone through an evolution. For a time, an early version of pizza was sold as street food to the poor in Southern Italy.

Pizza eventually found its way to the U.S. with the Italian immigrants in the late 19th century. Shortly thereafter the pizza pie, as we know it today, was created. It did not break through to the masses until after World War II; the American troops had the opportunity to sample when stationed in Italy. They formed an appreciation and brought that appreciation home with them.

Fast forward to three-quarters of a century later, pizza has made its way into the spotlight. Everybody loves pizza!

Just like in the old country, pizza style is regional here in the U.S. For example, you can’t find a Chicago-style pie outside of Chicago and New York-style ’za has a flair all its own. The fun part is pizza can truly be a combination of any sauce and toppings that tastes good to you, baked on a crust, sliced and consumed. It is a comfort food like no other. We all have our favorites.

Pizza can be grilled and it can be baked. You can make a big pie to feed the masses or divvy the crust up into individual-size portions and allow everyone to customize their own.

I recommend not holding back on creativity. There are no wrong answers, only delicious, happy accidents.

I prefer a no-knead style crust, which bakes up similar to a hand-tossed rustic pie. It can be grilled or baked. I recommend par-baking before toppings are added.

Many crust recipes are available at your fingertips online. Experiment and try a few. Many of the no-knead recipes can be made in advance and frozen. Remove a crust (dough ball) from the freezer in the morning and it will be ready to use in the evening.

In a pinch there are a few store-bought options that work.

Mix ingredients in a saucepan and cook on low heat for an hour. Adjust spices to your taste. Make a day in advance so flavors have time to blend.

Heat heavy cream in a skillet to a gentle boil then add wine, garlic and Brie. Constantly stir until the Brie melts into the cream. Add the salt, pepper and fresh thyme or chives. Remove from heat. This sauce should be made directly before the construction of the pizza.

Other sauces to consider are pepper jelly, any type of pesto or a combination of olive oil, garlic and herbs. The sky is the limit! 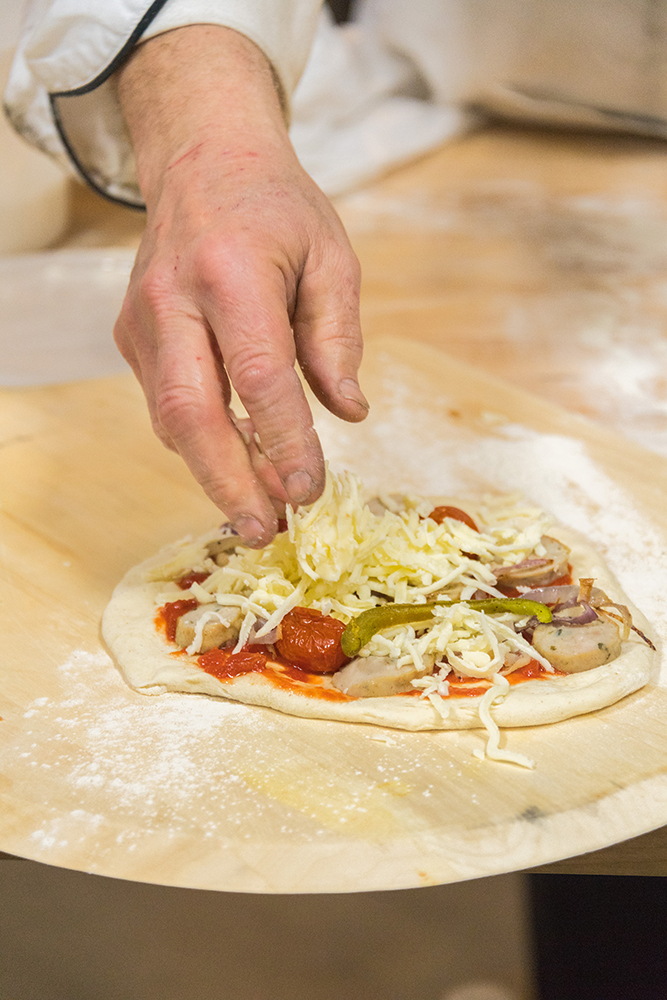 Top it off! Photo by Len Villano.

Gather up a group of your favorite people. Preheat the oven to 425°F. Give everyone the task of bringing two toppings. Provide the homemade crust and the sauce options.

Pizza goes great with your favorite beer or wine. If it is a hot summer day, transfer the whole party to the backyard grill. Brush a bit of oil on the crust to avoid sticking.

Get creative — discover all your delicious, happy accidents!