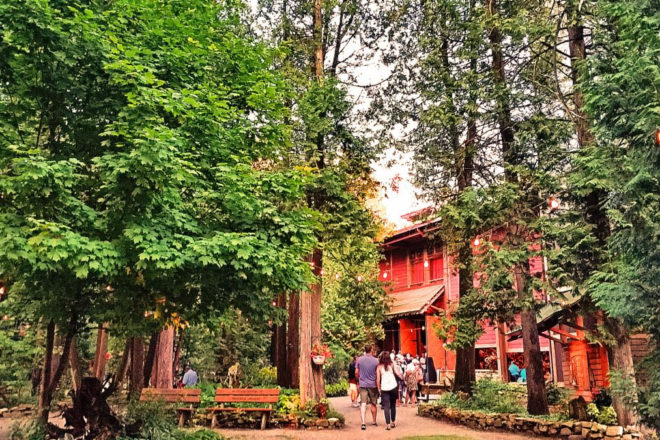 The 87th season at Peninsula Players Theater will include an American classic, a gripping thriller, an outlandish new comedy, an award-winning drama and a madcap musical whodunit.

“I am excited to announce the return of our five-show season,” said new Artistic Director Linda Fortunato. “We are so eager to welcome patrons back to our theater-in-a-garden for live performances.”

Kicking off the 2022 season will be The Rainmaker, running June 14 through July 3. Starbuck promises to bring rain and end the drought that has devastated the Curry family’s crops and cattle. Filled with romance and humor, the story has been translated into more than 40 languages, adapted into a hit Hollywood film and the Tony Award-nominated musical.

Write Me a Murder, performed July 6-24, is a suspense-filled romantic thriller. While collaborating on a mystery story, two writers craft an impeccable murder plot. Will the fictional plan become a reality?

In the comedy Ripcord, performed July 27 to Aug. 14, sparks fly when two mismatched retirees become roommates. A seemingly harmless bet between the sunny Marilyn and the grumpy Abby for the bed by the window quickly escalates into a highly charged duel of outrageous pranks.

In Lauren Gunderson’s I and You, (Aug. 17 – Sept. 4), housebound Caroline hasn’t been to school for months. One afternoon classmate Anthony bursts in uninvited, armed with a scruffy copy of Walt Whitman’s The Leaves of Grass, a half-finished school project due the next day and waffle fries. As the two bond, they begin to uncover the mystery that may have brought them together.

Rounding out the season is Murder for Two, performed Sept. 7 through Oct. 16. When a famous novelist is murdered at his own surprise party, all of the guests become suspects. The first to arrive on the scene is an eager small-town police officer who hopes to solve the case and fulfill his dream of becoming a detective.

More information on the 2022 season, creative teams and casts will be announced in the coming weeks. Individual and student ticket sales will begin March 1. For ticket prices and more information, visit peninsulaplayers.com.