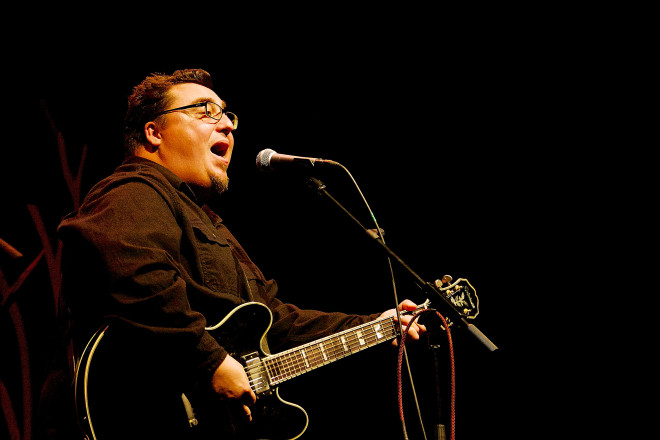 Dirty Deuce performs at the 2013 Play It Forward benefit concert at Door Community Auditorium. The band will return to play this year’s show Dec. 19. Photo by Len Villano.

Generosity and giving unto others are core values woven into the fabric of Christmastime in America. The Door Peninsula is no exception. On Dec. 19 at 7 pm, the Door Community Auditorium (DCA) will host the 3rd annual Play It Forward concert to benefit the Go Bo! Foundation.

“The event is well attended and well supported by the community,” said Cari Lewis, executive director at the Door Community Auditorium. Lewis has been an integral part in organizing the event since its inception in 2013. 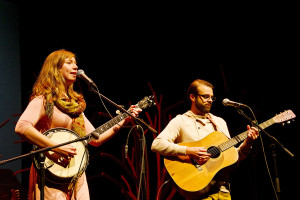 The concert originated to pay homage to Bo Johnson, who passed away from leukemia in September of 2012.

During Bo’s illness, “there were a few community members that stepped forward and wanted to do a benefit concert at DCA,” Lewis said. “Pete Thelen, Thor Thoreson and Michael Brecke were involved with [the benefit concert] as well. We were waiting on that event and it became clear that despite [Bo’s] courageous fight, that his health was failing.”

The focus of the event shifted from a benefit concert to a memorial service for the community to pay their respects. The memorial would prove not to be a singular event but instead, a catalyst for the beginning and perpetuation of the Play It Forward concert.

“At that time we decided to wait some time and have an event in [Bo’s] honor,” Lewis said. “Through conversations it was decided that it would be in keeping with his legacy to have a benefit concert that would be an annual event where Door County musicians would come together and they would select a charity and perform a free concert and audience members would contribute to the charity.”

In the same vein as the inaugural concert, the proceeds from this year’s donations will support the Go Bo! Foundation.

Play it Forward will feature musicians that are well known for their artistic prowess on the peninsula. Pete Thelen and Thor Thoreson are producers and performers of the event. 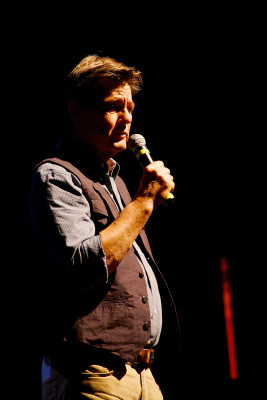 This year’s benefit is unique in that it is the first time the concert is being held over the holiday season. The previous two shows were held during the fall season. Depending on the turnout, the holiday season may become the annual anchor for the event.

“If the attendance and participation is strong, we will likely keep it at the holidays,” Lewis said.

The event “exemplifies how giving Door County residents are,” Lewis said. “I think it’s a product of us living in a very giving place. And someone like Bo and a family like his just calls us to be the best we can be and the most giving we can be.”