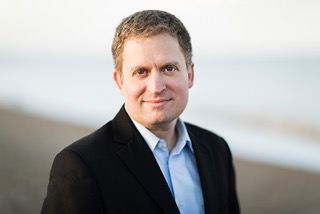 Pianist Andrew Armstrong will open the Peninsula Music Festival’s annual February Fest on Feb. 11. The 2 pm concert will be held at Shepherd of the Bay Lutheran Church in Ellison Bay.

Armstrong has delighted audiences across Asia, Europe, Latin America, Canada and the United States, including performances at Alice Tully Hall, Carnegie Hall, the Kennedy Center, the Grand Hall of the Moscow Conservatory, and Warsaw’s National Philharmonic. His orchestral engagements across the globe have seen him perform a sprawling repertoire of more than 50 concertos with orchestra.

Armstrong’s debut solo CD featuring Rachmaninov’s Second Piano Sonata and Mussorgsky’s Pictures at an Exhibition was released to great critical acclaim. Armstrong is a favorite with the Peninsula Music Festival audience and returns regularly to perform in chamber and recital concerts.

The program for Feb. 11 will include the music of Beethoven, Chopin, Debussy, Prokofiev, Ravel and more.

February Fest continues for a second concert on Feb. 18 when cellist Anna Burden and violin/violist Margot Schwartz present a duo recital. The 2 pm concert will be held at Shepherd of the Bay Lutheran Church in Ellison Bay.

Associate principal cellist of the Orchestre Symphonique de Montréal (OSM) since 2011, Burden has performed throughout the United States, Canada, and abroad as a soloist, chamber, and orchestral musician. A native of Oakland, Cali., violinist Margot Schwartz is a member of the First Violin section in the Milwaukee Symphony Orchestra.

The program for Feb. 18 will include the music of Beethoven, Kodaly and Ravel. The final February Fest concert will be held Feb. 25 and will feature the low brass of the Peninsula Music Festival orchestra.

Reservations can be made by calling 920.854.4060, stopping by the office located at the Green Gables Shops in Ephraim or at musicfestival.com. Tickets can also be purchased at the door starting at 1:30 pm on the day of the concert at Shepherd of the Bay Lutheran Church. General admission seating is $25 or purchase the three concerts of February Fest for $60. Tickets for students and children are $5. For reservations, call 920.854.4060, visit musicfestival.com, or buy tickets at the door.