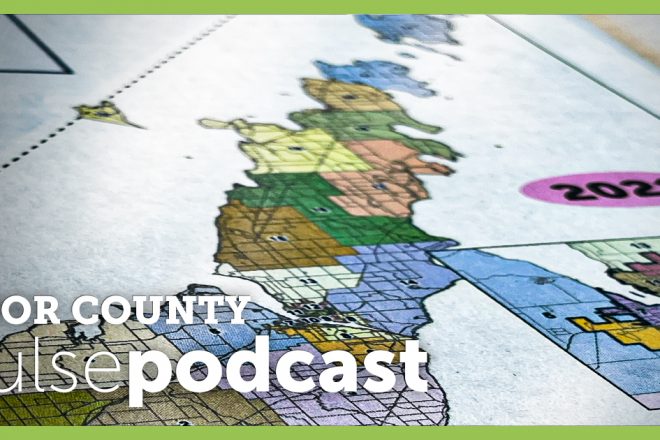 In August, the U.S. Census Bureau released the data necessary for state and local governments to redraw the political-district maps that will be in place for the next 10 years. While state lawmakers wrangle new district lines into place for the state’s 99 Assembly seats, 33 Senate seats and eight congressional districts, counties map out their own districts.
Door County appointed an ad hoc committee that worked with county staff to get the job done, and the Door County Board of Supervisors approved those once-in-a-decade maps last week for the county’s 21 county supervisory districts.
The number of districts has remained the same, but the configurations have changed – some significantly. Andrew Kleidon is joined by Debra Fitzgerald for a civics lesson on what these maps do, how they are drawn, and what special considerations are placed upon them to ensure equal and fair representation for voters.