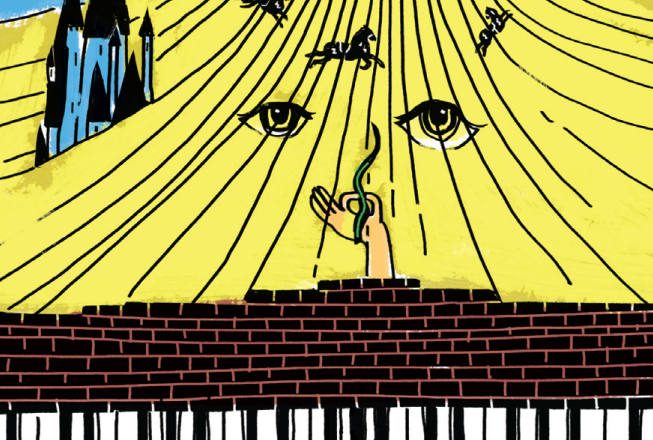 Celeste Benzschawel is a reporter and social-media editor here at the Peninsula Pulse and a writer for Door County Living magazine. Originally from Sheboygan Falls, Wisconsin, she moved to Door County in May 2019 after graduating from the University of Wisconsin-Madison with a journalism degree.

Although Benzschawel has never seen Merry Christmas, Mr. Lawrence, she did some research on composer Ryuichi Sakamoto after an interview with Sturgeon Bay musician pat mAcdonald, who wrote with Sakamoto in the 1990s. The melody captured her attention, and she hasn’t stopped listening since.

Benzschawel also grew up watching Studio Ghibli anime films such as Spirited Away, Howl’s Moving Castle and Princess Mononoke. Joe Hisaishi, who has composed much of the music for the studio, made just as much of an impression as the films themselves.

Benzschawel encourages you to read the poem below and listen to the songs in order (all are available on YouTube): “One Summer’s Day” by Joe Hisaishi, “Merry Christmas, Mr. Lawrence” by Ryuichi Sakamoto and “Merry-Go-Round of Life” by Joe Hisaishi.