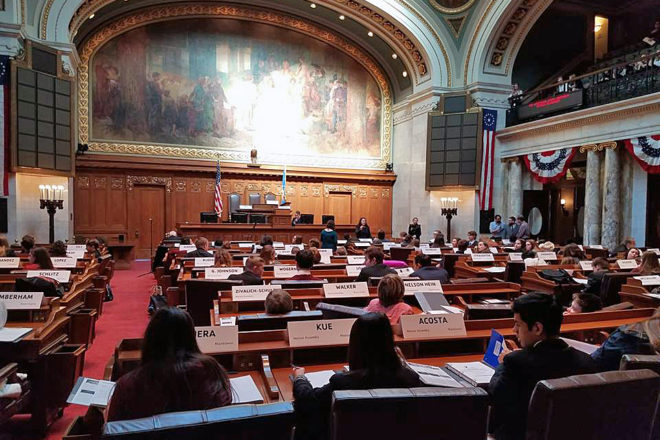 In the politically charged times we live in today, it’s hard to imagine a group of Americans in a capitol building debating civilly without a personal agenda and coming up with solutions through compromise.

Last weekend, the state capitol in Madison was just that: students from around the state met in Madison to participate in the capstone to Youth in Government.

The nationwide program is administered by the YMCA and, despite being one of the smallest population centers in the state, Door County’s youth delegation is consistently among the largest in the capitol.

“We’ve had a lot of success historically with Door County,” said Tyler Powell, Association Youth Director at the YMCA and coordinator for Youth in Government. “Door County has been doing this for about 25 years now… Door County has gained a reputation for fielding not only a really big delegation but also a really successful one.”

The structure of Youth in Government is mirrored with the state political structure. There are the elected statewide offices including Governor and Lieutenant Governor, justices of the Supreme Court and legislators. Success is measured similarly to state government such as being selected to occupy the highest offices, winning a case in front of the Supreme Court or getting a bill passed. 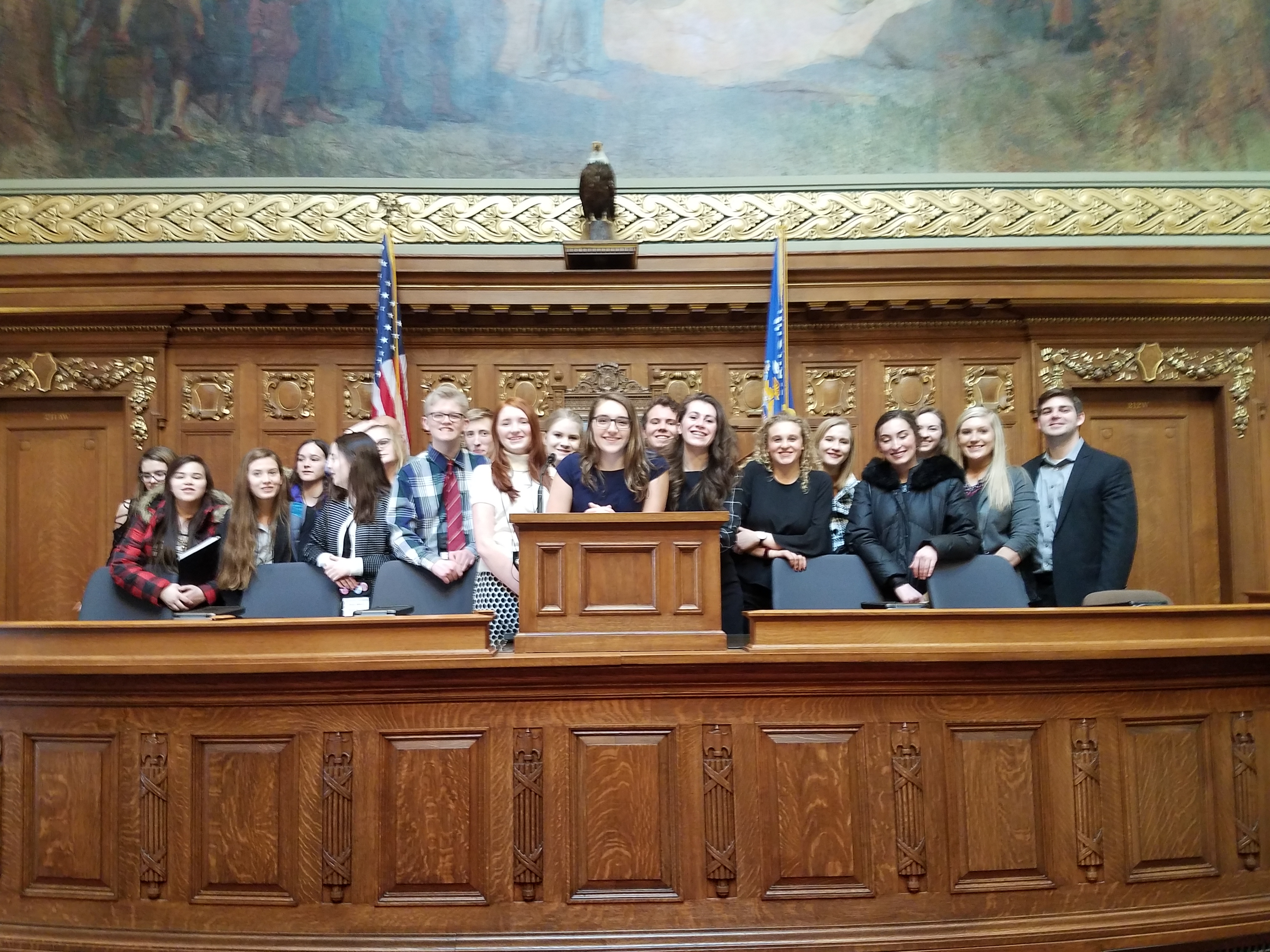 In Madison last weekend, Door County delegates won five of their seven cases argued in front of the Supreme Court, and Regan Norton, junior from Southern Door High School, was selected as First Justice of the court, just under the Chief Justice. Although Door County delegates did not have any of their bills signed into law, one bill by a Youth in Government first-timer made it through both houses before being vetoed by the youth Governor. The bill sought sexual harassment education and training in schools. Three Door County delegates also served as editors of the press corps.

“That reputation of success I think speaks volumes and is why we continue to be able to field a really high number of delegates,” Powell said.

Powell is a young former attorney who left a thriving practice in Stevens Point to enter the nonprofit world. He liked helping people work through their problems but didn’t enjoy sending them the bill afterward.

“One of the biggest draws of that opening [at the Door County YMCA] was the fact that you would be leading Youth in Government,” Powell said. “With my educational background and then my background as an attorney seemed to fit really well. After two years of leading that program it’s pretty much confirmed those assumptions that it was going to be one of the highlights of the job for me.”

With the help of another longtime adviser, Colleen Crocker-MacMillin, students get hands-on experience with the legislative process without the politics.

“We encourage students to come up with their own bills,” Powell said, adding that the youth legislature gets a fair share of silly initiatives such as state secession.

“But there are some very serious bills proposed and some that get very technical,” Powell said. “One of our students last year had a bill that proposed that anybody with cancer for however long cannot be denied health coverage under any conditions and was very passionate about that because of something that was going on with his family at the time.”

A few years ago, another bill from a Door County delegate was even considered by the real state Assembly. It called for the ability to check more than one box for race and ethnicity on state forms.

Not every bill succeeds, and Powell thinks that is part of the beauty of Youth in Government.

“It really does teach them the value of, I think, compromise and even a little bit of defeat,” Powell said. “When you’re in middle school and high school a lot of people work with you to help you succeed or always achieve your end goal but in Youth in Government that’s not always possible. Not everyone’s bill is going to get passed and not everyone is going to agree with your point of view.”

But Powell and other advisers also learn something from watching the students debate. Adults who are plugged into the political volatility of today may look on at some bills and see partisanship. But students hardly know what that means. They are just working with good ideas and bad ones.

“Every once in a while you see a bill that will crop up where maybe we as adults would say that obviously leans left or leans right but you never know whether the student actually had that partisan intent when they created the bill,” Powell said. “Maybe they just actually thought it was a great idea and we as adults view it as leaning left or right. The beauty of seeing that unfold is maybe the student didn’t realize that and then they’re willing to collaborate with somebody who has a different viewpoint.”

Powell calls the weekends in Madison “refreshing” as he watches future leaders of government and business participate in meaningful debate.

“I come away almost rejuvenated and more hopeful about the future,” Powell said. “You saw 200 students working well together to form a cohesive government in a single weekend. If we could see that a little bit more in our current government I think that would be better.”