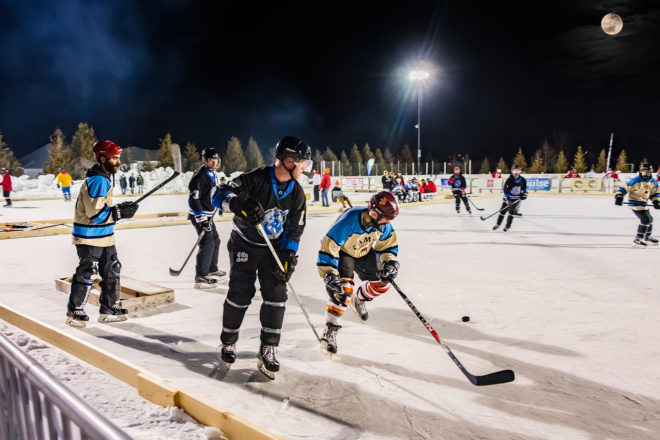 The Door County Pond Hockey Tournament has a new home. After fighting Mother Nature to host the tournament on Kangaroo Lake for seven years, organizers have moved the event to the Teresa K. Hilander Community Ice Rink in Sister Bay.

Event founder and organizer Brian Fitzgerald said the move will make for a better playing surface and a better experience for staff and volunteers.

“This was not an easy decision, but given the uncertainty of ice on the lake and the shortage of workers available to create the rinks needed to host the event during daylight hours, we’re proactively moving to a venue that gives us the most certainty in creating a great event,” Fitzgerald said.

Poor ice coverage on Kangaroo Lake during the days leading up to the 2020 tournament forced Fitzgerald to make a last-minute move to Sister Bay. That event was a hit with participants and allowed play to continue into the evening under the lights.

Fitzgerald, who created the tournament in 2013, said in the future he hopes to stage a smaller-scale tournament on the lake.

“I still love the feeling of playing on the pond,” he said. “It’s how so many of us learn the game.”

There are still a few spots remaining for teams in the Feb. 12, 2022, tournament. Play will begin at 8 am on five pond-hockey rinks set up at the sports complex. Shuttles will transport players and spectators from the rink to village restaurants, shops and hotels.

Get more information and download a registration form at DoorCountyPondHockey.com.