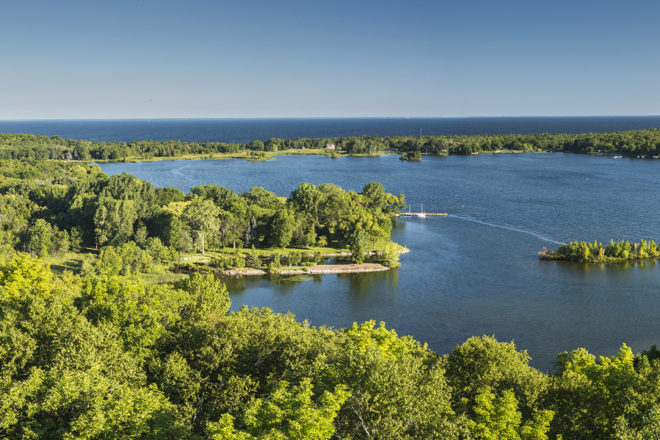 The view from Potawatomi Tower. Photo. by Len Villano.

The Wisconsin Department of Natural Resources (DNR) announced Tuesday afternoon that the Potawatomi State Park observation tower will be closed immediately and deconstructed, Paul Holtan of the DNR’s office of communications confirmed. The tower has stood in the park since 1932.

According to the press release, the department conducted routine inspections of the tower in spring and early winter of 2017. During these inspections park staff found visual decay and movement of the structural wood tower members. DNR engineering staff were brought in and conducted additional inspections and recommended further review.

The DNR then again requested assistance from the USDA Forest Service Forest Products Laboratory in Madison. Forest Product Laboratory staff conducted an inspection in February 2018 using non-destructive wood-testing methods to examine the wood members and the structural integrity of the tower. Their inspection found significant decay in the structural and non-structural wood members of the tower, and they recommended that the tower be closed to the public and dismantled because the decayed components could not be repaired.

“This is a difficult decision for us because we know how much our visitors enjoy climbing this tower for its panoramic views of Sawyer Harbor, Sturgeon Bay and Green Bay, but public safety is always our number one concern,” said Ben Bergey, director of the Wisconsin State Park System.

“At this time there are no plans to replace the tower, but we welcome opportunities to work with partners to provide additional recreation opportunities at the park, which could include new observation facilities in the future,” Bergey said. 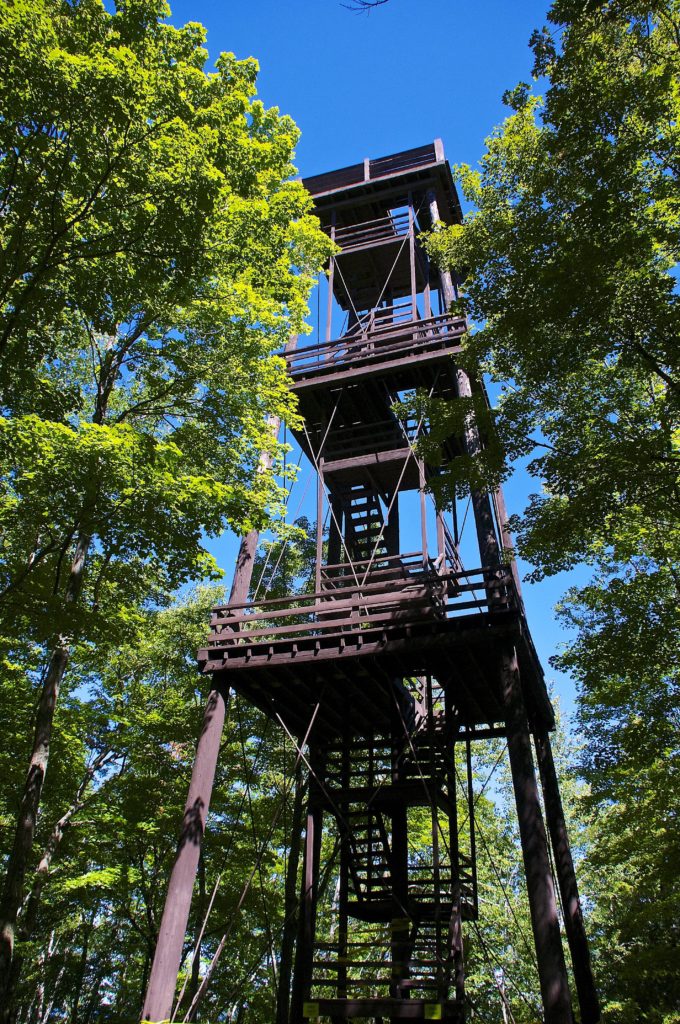 “While it’s understandable that the DNR has to consider safety first in decisions like this, I am disappointed by the DNR ’s current decision to permanently remove these iconic structures from the landscape,” Cowles said in a statement released Wednesday. “Closing a second tower without any plans for reconstruction is just another sign that the State Park System may not be generating enough revenue to fully fund all the infrastructure needs, and that its priorities with the limited resources available may not be in  line with what the people of Wisconsin desire.”

Rep. Joel Kitchens said a public session with a tower expert will be scheduled in the coming weeks.

The DNR said any new structure would have to meet state and federal building codes and be fully ADA compliant and accessible. The department will begin planning deconstruction of the tower immediately, with the intention to complete it as soon as practicable.

The tower was built at nearly the same time that Eagle Tower was being rebuilt in Peninsula State Park in the early 1930s. The Village of Sawyer looked to build a tower of their own to watch over Sturgeon Bay. The Sawyer Commercial Club promoted economic development in the Village of Sawyer, which was the original name for Sturgeon Bay’s west side before it was annexed in the late 1800s. The club financed and volunteered to erect the tower in Potawatomi State Park.

Builders planned for the tower to be the exact height of Eagle Tower in Peninsula State Park, but the final measure came up one foot short – topping out at 75 feet.

It took the group seven weeks to construct the tower and their efforts were rewarded as attendance quickly approached the numbers visiting Peninsula State Park.